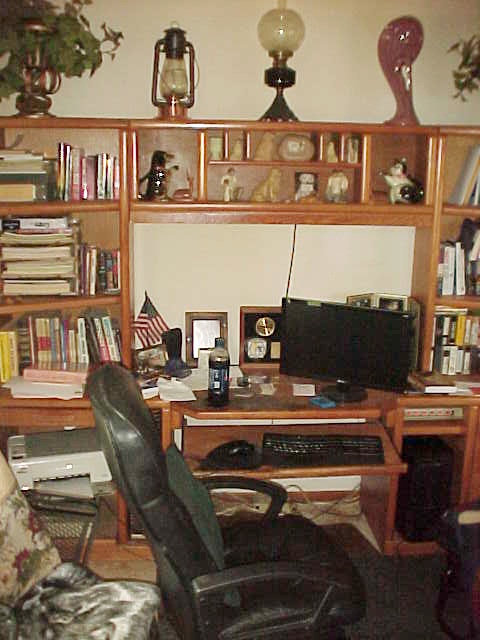 DA Kentner is an award winning author who also enjoys meeting and interviewing authors of many genres.

As author KevaD, my novel "Whistle Pass" won the 2013 EPIC eBook Award for suspense. Previously, in 2012, it won a Rainbow Award in the historical category. "Whistle Pass" is currently out of print, though I'm considering finding a new publisher, or self-publishing the novel. What do you think?

New Zealand's Cat Connor is the self-described mother of a "bunch of children" ranging from just in school to married. Needless to say, this lady is extremely busy with life in general. Yet, somehow, she has managed to author ten novels. However, it was the creation of the heroine, Special Agent Ellie Conway, that ultimately propelled Cat's work to the public's attention and peer recognition. "Killerbyte" was a finalist for the 2010 EPIC Award in the Mystery and/or Suspense category – a very respectable and noteworthy accomplishment.

"Killerbyte," a story of innocence in a chat room that results in murder, was inspired by reality. Yeah. You never know who is really on the other side of the monitor looking in at you.

In "Terrorbyte," the wise-cracking, psycho-prophetic Agent Conway returns to take on a killer using murder to camouflage his true agenda. Now, in "Exacerbyte," Cat's latest release, the special agent is taking on a new threat, seemingly even more intelligent, and thusly, more dangerous than the others Conway has faced. Due to this series' unquestioned success, a fourth book is in the works.

Cat Connor exploded out of the gate with a book that caught immediate attention and a devout following. She's only now coming in to her stride, and we can expect to see much more from this talented writer.
http://catconnor.wordpress.com/

Q) Why thrillers? What is it about this genre that attracts you?

A) I have always read thrillers and mysteries. As a teenager I read a lot of Ian Fleming, (among many others). James Bond was pretty damn cool (and he still is), but like most thriller protagonists, male. The older I grew the more I noticed a lack of thrillers with female protagonists. We were getting the raw end of the deal and being portrayed as weak and in need of rescue – or worse, strong female protags were bitchy, nasty, and quite unlikable. Where were the real women in thriller fiction that I could identify with? Well, there really weren’t any when I started writing to amuse friends and myself.

Funnily enough, I made no conscious decision to write thrillers. The decision was to write a book I wanted to read, period. My stories have a lot of action, high stakes, and are fast paced, because that’s what I enjoy, but I didn’t particularly have a genre in mind.

In fact, when I eventually wrote killerbyte I had no clue what genre it actually was. At various stages of the process, killerbyte had been labeled with many genre suggestions. I’d even been told it was a romance, which I didn’t see, at all! (Romance to me involved throbbing and heaving… I don’t do throbbing and heaving! I’m way more into killing and maiming.)

I’d been told that thrillers are plot driven and literary fiction was character driven. That was even more confusing! My books are both character and plot driven. The _Byte Series books are equally about Agent Conway and whatever plot line emerges.

Q) With your family and schedule, how do you in fact find any time to write?

A) Most of the battle is planting bum in seat and fingers on keyboard – once I do that, I actually have about 6 hours a day in which to write. Writing has always been something that fitted around life, but now that I have more uninterrupted time, I can write during the day and treat it a little more like a real job. Although, if I’m caught up in a scene – everything get’s pushed aside until I’m finished. So on those days I might be serving up canned spaghetti for dinner and writing late into the night! (And quite frankly, don’t expect me to have done the laundry, vacuumed, do dishes, or to dust when I’m working.)

If you really want to write you will find the time.

Q) How did it feel when you learned "Killerbyte," was a finalist, a true contender for an EPIC Award?

A) I learned killerbyte was a finalist for an EPIC award the same week that terrorbyte was released. It was a crazy week. I do believe there was a lot of shrieking and celebrating. If I recall rightly we celebrated with South African wine! There was a heady mix of was delight and surprise that my first novel was being so well received. It didn’t matter that we didn’t win, it was enough of a confidence boost to be a finalist!

Q) What is it about your heroine, Ellie Conway, that you believe has attracted fans?

A)The appeal with Ellie (in my opinion) is her realism. She’s not an airheaded bimbo who runs down the middle of the road when being chased by someone in a car. I used to see those women/girls in movies and grumble to myself, “you deserve to die, you are just too stupid to live!”

Ellie is smart, funny, and can hold her own in any given situation. She may not enjoy everything she does in her job. Every now and then it gets all too much, she’s been known to vomit when a confronted by a particularly gruesome crime scene but she won’t compromise the crime scene doing so. Ellie is tough enough to gain the respect of her team and human enough for us to still like and really want good things for her.

She isn’t perfect, but then who is?

And she is a whole lot of fun to write, which probably comes through in the text.

Q) Do you have any new characters on the horizon readers should be watching for, or any plans to expand into other genres?

A)I introduced two new characters in exacerbyte, which was a lot of fun. The idea of having a rock star character really amused me – you’ll get to see a little more of Rowan Grange in future books and it’s highly likely there will be other new characters coming in.

As for other genres, yes and no. I don’t think I’ll be straying too far from action filled fun and games that are thrillers, but I have a historic novel I’m working on (when I get time and the inclination). It’s more a historic thriller than anything. I also have a kiwi series I’m toying with, but think that will probably be classified thriller too. 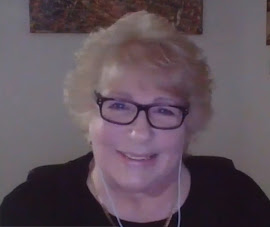 D.K. Hood is a long time writing friend of mine who has become a Wall Street Journal, USA Today, and Amazon best selling author of crime thrillers. If you haven't already, check out her work. She's a masterful story teller.

They married live on radio at the busiest intersection in Rockford, IL. It was a blast!
Click on a jacket cover for information about the book and its author