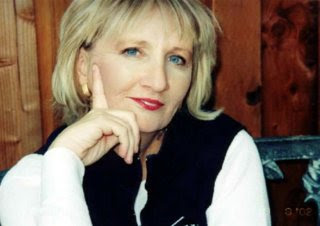 Catherine Burr. Where does one begin to describe her?


Humorist and romance author, businesswoman, entrepreneur, publisher, graphic designer, and blessed with eyes so blue you swear you can see a Caribbean morning in them, I suspect only scratches the surface.

Her work has garnered her the Outstanding Author Award, inclusion in an Author’s Hall of Fame, Blogger’s Choice Award nominee, listed as a Foremost Domestic Humorist in North America, and MOTHERHOOD IS NOT FOR WIMPS, a book she co-wrote with her sister Beverly Rose Hopper, has spawned a motherhood support group of the same name.

Ms Burr holds the distinction of being a best-selling author on both Amazon.com and Mobipocket.com as well as the Best of Silicon Valley Books. She has made repeated appearances on TV and radio, and her writing has been excerpted in national and international magazines and newspapers. Apparently success can be measured by how often others want to ‘borrow’ what you have written.

But what I think stands out about Ms Burr is her ability to relate to not just a woman’s frustrations and turn them into a smile, but to know, understand, and celebrate the inner desires of today’s working woman and homemaker. Her books connect individually with each reader, leaving them satisfied and accepting it is okay to be whoever you are and joyously live life. http://www.catherineburr.com/

Q) What books or stories captivated you as a child and first put the thought in your mind you would like to write? What kind of stories did you initially pen?

A) I initially penned parenting humor because as a mom I think it’s important to see the humor in raising children. Moms like to talk about our kids and love to relay stories of our kids from diapers to weddings. As my own children grew, I found myself writing about relationships, marriage, and the suspense of life. I was able to seek out other genres and explore areas beyond motherhood. Growing up, I loved series books, anything that had the same characters from one story to the next. I liked (still do) when you fall in love with characters and you can follow them through from one journey to the next.

Q) Finding conveyable humor within the daily lives of mothers isn’t always easy. Many have tried and failed. A small few have succeeded. You have risen to the top. Where does your ability to smile at the curves in life come from? Obviously, someone very special to you implanted at least a part of that in you and your sister. Who was it?

A) I was blessed with a mother-in-law who gave me some advice I always remembered. She taught me to see the humor in raising children. Believe me, when you are head over heels with laundry, bills, soccer cleats, dinner, it’s not always easy to do that, but humor helps the day go by a little easier when raising kids.

Q) Ironically, being a successful author about families requires your being absent from your own family. How do you cope during those separations?

A) I think authors travel less and less with the new generation of cyber tours, blog tours, and with the lessening of brick and mortar book shops, authors are staying closer to home so the times separated from one’s family is not what it used to be for some writers. I think for authors like anyone that has to encounter traveling and maintaining family life, it’s good to have a support system (and to use an internet phone like Skype!) 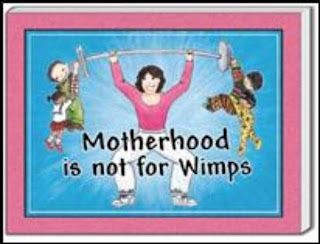 Q) DESIRES AND DECEPTIONS, THE MISTRESS FILES, and the Silicon Valley novels are wonderfully woven tales of intrigue, suspense, and love. But ORCHIDS TO DIE FOR broke a new barrier for you. In it you created a female sleuth out to catch a spy. How did that story come about?

A) I created the Catherine Harris character, a female version of James Bond, because I had an idea in my head for this female sleuth to be chasing spies and finding romance along the way. Harris was a romance writer who got involved with spies and generally I was able to explore romantic suspense areas that I previously had not written about. I stayed true to my female characters, spy chaser or not, to be romantic and always with a sense of humor. Strong female characters with a sense of humor is a style that is indicative to my writing.

Q) The publishing world of today is vastly different then the one of even twenty years ago. What advice can offer those who believe they have a story to tell?

A) The publishing world today is so different than 20 years ago, and the options for publishing even in the last couple years has changed dramatically, but the constant is still the love of reading and the love of books, whether digital or print. Aspiring writers should look at all of their options, find great editorial support, network with fellow writers and authors, and go full steam ahead with their goal to be published. While on the road to publication, people will get discouraged but it is the people who do not give up who will succeed.
Posted by David Kentner -- KevaD at 8:05 AM