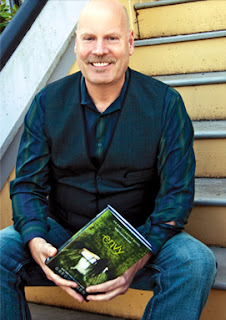 Readers might be familiar with Gregg Olsen through his numerous TV appearances on the History, Learning, and Discovery Channels. He has also been a guest on Dateline NBC, Anderson Cooper 360, The Today Show, CNN, Entertainment Tonight, and many others. And, of course, he has been featured in Redbook, the New York Post, USA Today, and People.

Olsen rose to literary fame through his superb offering of true crime stories, not the least of which was “Black Widow,” the tale of Sharon Lynn Nelson who turned being a widow into a murderous profession. “If Loving You is Wrong” is the story of Mary Kay Letourneau, and “Abandoned Prayers” follows the destructive path of multi-murderer and Amish member Eli Stutzman. Olsen also wrote “The Deep Dark,” capturing the intensity of men trapped in a silver mine cave-in, and the long reaching effects on all involved.

But Olsen had always had an inner desire to write fiction. His debut fiction novel, “A Wicked Snow,” introduced readers to the intense suspense and mystery that would become Olsen’s trademark, as well as the author’s interest in strong female lead characters. Readers wanted more, and Olsen was ready to deliver. More novels followed, including “Victim Six” about a serial killer using Puget Sound as his hunting grounds. “Victim Six” deservedly rose to the #1 Amazon Bestseller spot in the U.K. Then Olsen took a turn in his writing interests.

“Envy” is the first in a Young Adult (YA) mystery/suspense series titled the ‘Empty Coffin Series.’ These books revolve around teenaged twin sisters with a near paranormal connection to each other, and a passion for solving murders. “Betrayal” thrust the twins into their second novel and the question of just who is betraying whom? Of note is that Olsen himself is the father of twins who quickly spotted curious parallels between themselves and their father’s “fictional” characters. 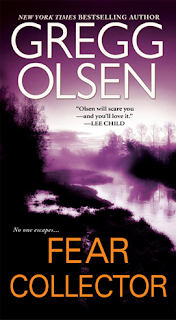 Yet, with Olsen’s newfound love of YA storytelling, he has returned to the adult side with his upcoming release of the nerve-rattling thriller “The Fear Collector.” “The Fear Collector” centers on two women: one, a cop whose sister may have been murdered by serial killer Ted Bundy, and the other, a mother wholly devoted to the executed murderer and raising her son to carry on Bundy’s reign of terror. Thank heaven for pizza delivery because readers may not want to put this book down. Oh, and worry not. “Guilty,” the third in the ‘Empty Coffin Series,’ is on the horizon.
http://www.greggolsen.com/

A) I love comedy! And I love to laugh. I just don’t like – generally -- comedy movies! If I go to a movie it will almost always be a thriller or even a horror movie. My all-time favorite movie is FARGO because it combines the dark humor and some suspense.  I’ve been told that there are funny moments in my books that people seem to enjoy.

Q) You’re actually a very pleasant, jovial person. What is it about murder that magnetizes you?

A) I think I’m like a lot of people – when we hear a horrible crime story our first reaction is shock and horror. But next, we really want to know what happened – and why it happened. I’ve always been fascinated by why people do the ugliest things. What put them on that path? What could have been done to avert the tragedy? What should we look for so that it doesn’t happen again? I really am drawn to the drama of it all, but with a detective’s eye to trying to find out the WHY.

Q) Book tours have taken you around the world. Will these visits to other countries and cultures influence future stories? 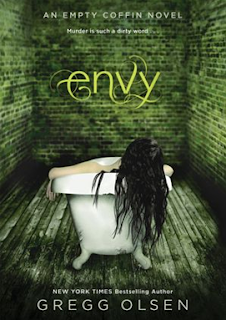 A) I have been so lucky to visit other parts of the world to meet readers of all ages. And yes whenever I go anywhere I get some good ideas for my next books!  I have learned so much from all the great people along the way. Cultures may be different and there might be great distances between us, but we are more alike than different. We all care about finding the truth, catching the bad guy, and knowing that the next chapter is going to make us stay up late at night.

Q) You’re especially proud of “Envy.” What is it about this book that has made it so special?

A) I have loved the interaction with the younger (and some not so younger) readers. I was especially honored when Washington State’s Governors’ office selected ENVY to be our state’s office book for the 2012 National Book Festival.  I have won a few other awards over the years, but that one meant a lot. I’m very proud to be from Washington.

Q) What do you and your wife enjoying doing to keep your relationship solid?

A) In January, my wife and I will celebrate our 30th wedding anniversary. That’s a pretty big number! I am the lucky one here. She’s the glue that has always held everyone in our family together. Traveling together is fun. My happiest time in a long time was our recent trip to Hong Kong, London and Paris. When we got out of the cab from dinner to see the Eiffel Tower, the lights turned on and it sparkled like a million diamonds. I told her it was sparkling just for her. But the look in her eyes just then reminded me as they always do – I’m nothing without her love or the love of our two daughters. 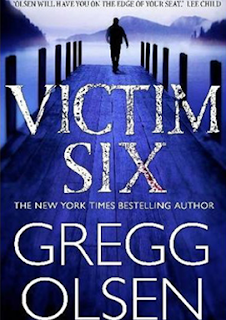 Q) Any parting thoughts for fans and new readers?

A) A lot of authors say this, but I really mean it. Nothing is better than hearing from a reader (good or bad). I have a website, Facebook fan page, Twitter, instagram, pinterest….you name it. I want to know what you’re thinking and how you’re doing.  I feel so honored to be a part of your life in a small way. Thank you.
DA Kentner is an award-winning author www.kevad.net