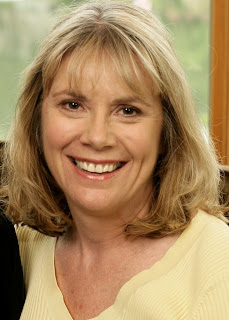 In 1975, single and carefree Nancy Bush dared a fortuneteller to read her palm. The verdict of the prophecy Nancy would have one child and become a writer? Ludicrous.

Today, with a husband, one daughter, and over forty novels to her credit, Nancy can still scoff. After all, the fortuneteller missed she'd become a proud grandmother and momma to a pug dog named The Binkster.

Nancy first began writing stories for young adults. Her works include five "Nancy Drew" mysteries under the penname Carolyn Keene. As Nicole Brooks she authored several "Days Of Our Lives" and "General Hospital" novels. She also worked for a time as a breakdown writer for the TV soap "All My Children." Contemporary romance readers may know Nancy as Natalie Bishop or Nancy Kelly.

Not content to be locked into one style of writing, Nancy successfully authored several historical romances such as "Scandal's Darling." Her sights set on new territory, she penned the acclaimed Jane Kelly mystery series starting with "Candy Apple Red."

Teaming up with sister and bestselling author Lisa Jackson, the duo wrote the hugely popular "Wicked Game," a thriller with a taste of the paranormal. Continuing her interest in thrillers, "Unseen" has shivered spines across the country and around the world. "Blind Spot" combined Nancy's love of mystery, romance, and thriller genres. 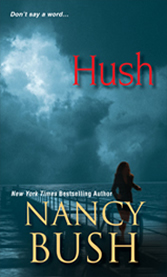 Nancy's latest offerings "Wicked Lies" (co-authored with Lisa Jackson) and "Hush" - due out, respectively, this June and July – are sure to once again keep readers turning the page.

Now, I have to be honest. Kensington Books sent me an advanced copy of "Wicked Lies." Oh, my. You don't want to miss this one.
http://www.nancybush.net/

Q) You hold a degree in Foods and Nutrition. What turned you from a career in that field to writing?

A) Motherhood. I was home with my 1-year-old daughter at the time and trying to figure out what to do with the rest of my life. I read an article in TIME Magazine about young mothers who were making a living writing romance novels. This was in (ahem) 1981. (Sheesh, I’ve been at this awhile!) I told my sister about the article and we sat down and wrote our first novel together, which was rejected all over the place. Deciding we wouldn’t listen to the advice of experts, we began writing separate novels and eventually each sold. Lo, these many years later we finally started writing together again, 2009’s "Wicked Game" and now 2011’s "Wicked Lies." 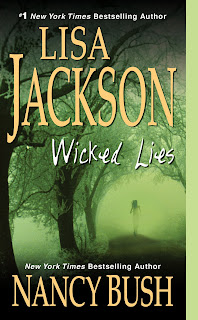 Q) With you and your sister having such amazing talent, is there a family member you attribute your literary gene to, or one who inspired you to pursue your dreams?

A) Everybody was a reader in my family, so that probably kicked off both of our interest. My sister was the one who dreamed of writing, but I was a science major and thought writing papers was a total pain. Still do. But I was a voracious reader. Lisa was kind of into the horse thing but I devoured mysteries, any I could get my hands on, and then thrillers.

Q) You once said the Jane Kelly mysteries is your favorite of all your work. Does that still hold true, and if so, when can Jane's fans look forward to another helping?

A) Jane Kelly and her exploits are still my absolute favorite books to write. They’re like the dessert at the end of the meal. I’m working on the fourth book. I really want to see it published, but I’ve taken a turn into thrillers and the audience has grown so fast that it kind of derailed my publishing plan for Jane! I really want to get back to the mystery series but I just don’t know when that’s going to happen yet.

Q) Holding the distinction of being a NYT Bestselling Author, does that distinction ever become a millstone pressuring you to repeat that achievement?

A) Not on your life. It’s like the best thing ever! Fans of my thrillers have put me there, and it’s one of the reasons I’m having trouble getting back to Jane, Dwayne and The Binkster. Not that I’m complaining! 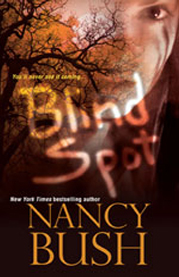 Q) When it's time to step away from the keyboard and reconnect with your husband, what do the two of you do to rekindle your own romantic story?

A) You know that 1-year-old daughter I mentioned earlier? Well, she grew up and moved to California, got married and had two little girls of her own. What does it say about our romantic story that my husband and I make visiting her and playing grandparents to both of those two little girls our favorite vacation? Okay, we do get out of the Oregon rain, too, so maybe that counts. But after our vacation time with them, we tend to get on the airplane home and pass out before the plane’s even in the air. The combined energy level of a 1-year-old and a 3-year-old is awesome to behold. Our vacation from our vacation is being home with the DVR and saved episodes of MODERN FAMILY, HOUSE and THE GOOD WIFE!
Posted by David Kentner -- KevaD at 9:01 AM