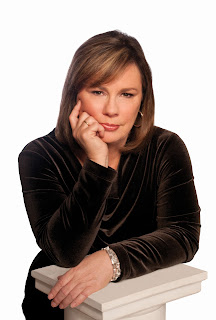 Lisa Jackson is a writer and author with more than fifteen bestselling novels including the number one New York Times Best Seller "Fatal Burn."

But Ms Jackson didn't "burst" onto the literary scene. She has written more than seventy-five novels over the decades in order to earn her attraction to readers.

The magnetic draw to her stories is her ability to vividly bring the characters to life. They become flesh and blood in the reader's mind. So much so, you may swear you've met one or two.

Originally partnered in the early years with her sister, novelist Nancy Bush, the duo eventually became household names, just not together. Fortunately, the pair reunited of late and produced the bestselling "Wicked Game," which inspired "Wicked Lies."

In the meantime, Ms Jackson has authored and released the acclaimed "Without Mercy," "Running Scared," "Sweet Revenge," and "Devious" (due out April 2011).

The woman's a writing machine - - with a gigantic, gentle heart.

An animal lover and advocate for the Southwestern Washington Humane Society, Ms Jackson also actively supports the MISS Foundation, an organization dedicated to providing support to families who have lost a child regardless of cause.

Human and humane, Ms Jackson has also murdered hundreds of people from coast to coast. Okay. Her characters have, but all at her devilish command of the English language.

Q) What books captured your imagination as a child and lit the fire that inspired your first stories? 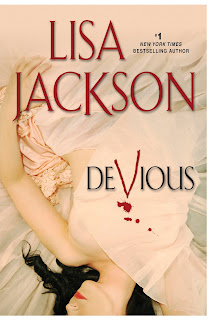 A) I read anything I could get my hands on. (I grew up in a small timber town in Oregon where it rained and rained and rained! Remember—there were only three TV stations back in the 50’s& 60’s and Dad had control of what we watched.) I started with The Black Stallion series by Walter Farley, moved onto Nancy Drew stories by Carolyn Keene and eventually graduated to Jane Eyre by Charlotte Bronte and Rebecca by Daphne du Maurier. I went for anything mysterious and kind of gothic with a little romance and, oh, yeah, I was one of those “horsie girls” in grade school.

Q) I have to ask this. With so many tales, so many books you have written, how do you keep the creative juices churning to produce such fresh and vivid stories and characters?

A) You know, I was blessed with a really vivid imagination. I can “see” stories, visualize plots and create twists. I really sink into my stories and my characters. I also think I understand human nature, so, after I write enough pages I actually “get” my characters. (It takes nearly 150 pages to accomplish this, though.) Now, before you think it’s all just easy-peasy, I have to admit that I can’t spell and I have trouble typing and I hate to sit for long stretches. So, along with that great imagination, there are challenges to writing a 500-page novel.

Q) I know you occasionally have to walk away and regroup during the writing of a book when the characters become so intense within you, but what do you do when you need a break from writing all together?

A) I find my wonderful, funny family and friends!!! I’m a social person and writing is a lonely, almost antisocial career path, at least for me. When I “submerge” into my story, I don’t see anyone, so when I can get a break, I go out with friends or hang out with my family. I love walking with my dogs or friends, especially on the beach. I like to do cross word puzzles and play games and spend time in the mountains. Always with friends. There’s nothing better than to dig up people you’ve known most of your life and have a party—right?

Q) You readily avail yourself to your fans. One day you are on the west coast, the next in Florida. Unlike some noted authors, you also post your email so fans may contact you directly. And, you have dogs. And, you're willing to shelter strays. And, of course, you write for hours on end. How did you manage to turn the length of a day into thirty-six hours?

A) I’m a Zombie! Actually it’s a juggling act, but it’s one I love. I’m working on that 8 hours a night of sleep, but it’s elusive. There’s just so much to be done! Sometimes I think I’m not spending enough time with my family or caring for myself, so I shut down for a while, turn off the “Lisa Jackson machine” and just be mom, grandma or a friend. It’s great! (Don’t tell anyone, but I really am a homebody! I LOVE to bake Christmas cookies and sip hot chocolate while watching snow fall. Well, who doesn’t?) 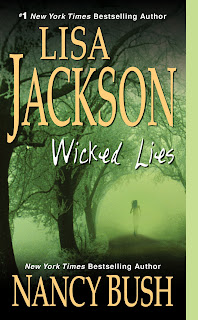 Q) Do you foresee a day when you will retire from writing? Also, what advice would you offer a person who believes they have a story to tell, but haven't put pen to paper?

A) Oh, I’ll have to retire. I’ll get too old; won’t be able to see the world through younger eyes, and that’s okay. But I’m not there yet! As for anyone who believes they have a story to tell? Tell it. Write it. Not just a killer beginning, not just that unbelievable ending, but write the whole damned book. It’s like the Nike slogan: Do it. (But don’t give up your day job!)
Posted by David Kentner -- KevaD at 9:18 AM