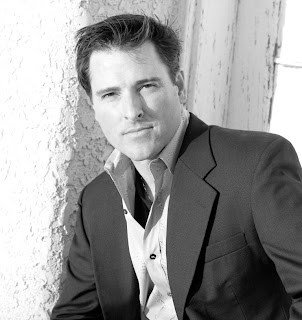 With degrees in Aeronautical Science and law, pilot and lawyer Graham Brown has traversed a wide path.


His debut novel BLACK RAIN released to international acclaim and quickly hit bestseller. BLACK SUN is following the same ascent. But he's not finished yet. The third member of this trilogy has been contracted for publication by Random House.

The series follows government operative and reluctant hero, Danielle Laidlaw, as she realizes the 2012 doomsday prophecies aren't necessarily set in Mayan stone. Instead, they are a time bomb… one very much alive and ticking. Now she just needs to find it, and figure out what the heck to do with it.

Blessed with Pierce Brosnan good looks, the ability to turn a phrase, and believably chilling plots keeping audiences around the world glued to their chairs to the last page, Graham Brown is soon to be the answer to the question: "Who are you reading?"
http://www.authorgrahambrown.com/

Q) What books or stories captured your imagination as a child, and who was it that shared them with you?

A) - My love of reading came from my parents - they read to me and taught me to read before I even went to kindergarten As far as what captured my imagination - it went something like this - Dr. Seuss, (still love Green Eggs and Ham) then a little older it was of course - the Hardy Boys mysteries. It’s no secret to me why young people love reading about young characters - you identify with them more - I saw myself as a Hardy Boy - right down to them getting in trouble with their parents and other adults for trying to solve the mystery. Although I never actually found Wildcat Swamp. I swear I was looking though.

Q) You once said your first fiction story was about a war caused in part by bad mail service. I find the concept intriguing. When did you write it, and is there any chance of our reading that tale in the future?

A) How did you know about this? Yes -this is true. It was before the internet. The Prime Minister was dying and rather than wait for the regular battle of succession - a polit-bureau member sent out secret orders through the mail to instigate a coup. In my imagination the mail with its billions of letters was the one Russian institution that the KGB could not keep complete track of. Problem was the letters only got through to some of the parties and next thing you know Russia was in a civil war - especially as the Prime Minister recovered. It was my 17 yr old mind trying to be Tom Clancy. But you know what - I may have to write that book - there's something in that.

Q) You belonged to an impromptu group of writers dubbed the Maui Inner Circle from which several notable authors have emerged. Do you stay in touch with your old friends? 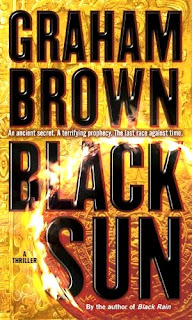 A) Hmm... You seem to have a knack for discovering secret information. Are you sure you're not a spy yourself? This is also true. A great group of people. we met at the Maui Writer's conference - bonded and the next thing you know we were all sticking together. We still stay in touch - in a sort of random - chaos theory type way. Nothing will happen for a while - then someone will send an e-mail or make an announcement or appear on Letterman (Ok so not yet but maybe someday) and then a flurry of activity erupts. The thing I find about true friends is that there's no pressure - you can talk when you want to and everyone's cool with that.

Q) For your series, even with your aeronautical background, you had to conduct hours and hours of research for the techno-thriller portions of the books. Because you recognize the intelligence of your readers and strive to deliver sound step-by-step action the reader won't hesitate to follow, do those writers who don't conduct sufficient research on a topic ever frustrate you?

A) Not really - I try to suspend dis-belief when I start reading a book. I don't like things that are obviously wrong - in my book or anyone else's - but in general it's fiction. I also think that there are levels of realism in books. With a guy like Michael Crichton the science feels so close to reality you’re left wondering where reality ends and the fantastic begins. I think his was a unique gift.

Q) No doubt, your spare time is decreasing daily. When you find some, what do you like to do to recharge your batteries?

A) In the summer I play golf in 117 degree heat. Its crazy but not as crazy as it sounds - no one else is out there, I can hit as many shots as I want and still lie about my score when I get to the clubhouse. In the winter I love to ski - the mountains of Colorado are unbelievable. There's a great place on top of Vail mountain called Eagle's Nest where you can see for 50 miles or so in every direction. You can't come away from a view like that and not be inspired. Also this time of year I take Sundays off, wear my Eagles gear and shout at the TV all day long - trust me it's not a pretty sight when they lose. But when they win… all is right with the world.
Posted by David Kentner -- KevaD at 8:57 AM