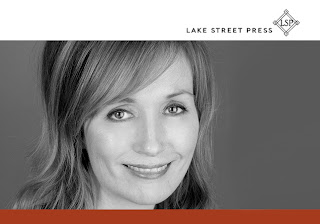 An honors graduate, Chicago's Mary Osborne is a registered nurse with a second degree in chemistry. While dedicated to writing, her interests extend to art and alchemy. No, not the making of gold kind of alchemy, the study of self-improvement kind – bringing dreams into reality, formulating plans for achievement. To that end Ms. Osborne works with teen girls and helps them learn to focus their ambitions and develop ways to bring those ambitions to fruition.


Ms. Osborn has melded her varied interests into a YA (Young Adult) series of historical novels revolving around a book of mysteries. The first of the four part series, "Nonna's Book of Mysteries" hasn't just captured hearts and fans. "Nonna's Book of Mysteries" was the Grand Prize Winner at the 2010 Paris Book Festival, the San Francisco Book Festival Best Teen Book of 2010, and recognized by the American Library Association for their 2011 list of Best Feminist Books (the Amelia Bloomer Project). Not a bad debut for an author.

This enchanting tale set in Florence during the Renaissance, is about a young woman who seeks her destiny in defiance of a time and convention when women were not welcomed in the arts.

The second in the series, "Alchemy's Daughter," is scheduled for release in 2012.

And if you get hungry waiting for Lake Street Press to put that next volume on the shelves of your local bookstore, try one of Mary's Renaissance-inspired recipes posted on her web site.
www.mysticfiction.com/

Q) You're a nurse, work with teens, and a single mother. You're the woman next door forced to fit 28 hours into a 24-hour day. Still, you find time to write. How?

A) True, it’s not easy to find time to write! However, when you have a real passion for something, you steal time for it, and sometimes you have to be willing to disappoint others by making this choice. I’ve forgone more than one Saturday night out in favor of writing. During the week, I might not get to my desk until 9 or 10 at night. Though I might feel weary when I sit down, I’m eventually drawn into the process. I once heard someone ask Joyce Carol Oates how she found time to write, and I remember her replying, “Sometimes I sit down to write when my soul is as thin as a playing card.” If you truly want to write, you find a way.

Q) I understand the setting for the book of mysteries series sprang from a trip to Tuscany. But where did the desire to write the series come from? Thousands visit Tuscany without writing a novel about a young woman fighting the odds. 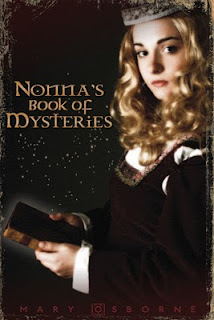 A) The first two (unpublished) novels I wrote were set during modern times. After discovering the world of alchemy through Carl Jung’s book, Psychology and Alchemy, I became fascinated by the Medieval and Renaissance alchemists who worked in secret laboratories trying to turn lead into gold. I learned that Christians of those times interpreted the symbols of alchemy—such as the alchemical vessel and the philosopher’s stone—in terms of their own faith.

I started slipping bits about alchemy into my writing, but an astute mentor who offered a critique of my work suggested that the alchemical content might fit better in a historical setting. I laughed and said I had no idea how to write a historical! But when I gave it a shot, my writing began to click. Meanwhile in Florence, I visited the magnificent churches and viewed the Renaissance masterpieces. Here, I began to see that the Alchemy Series would be the story of an ancient book of wisdom traveling through Italy across the centuries, providing spiritual guidance to those who discovered it.

Q) Following the death of your husband, you drew strength from the lessons and wisdom of your mother. How much of her is in your writing?

A) "Nonna’s Book of Mysteries" is dedicated to the memory of my mother, Loretta Bloom Bohaty. She was a gifted artist, a student of the Cape School of Art and the Art Institute of Chicago. She painted throughout her entire lifetime. Growing up, I’d often return home from school to find her at her easel, hard at work on a new painting. At our house, television was dismissed—there was just an old black and white set, much to my chagrin. My mother encouraged me by her example to use my time creatively. As a woman married to a fairly chauvinistic man (my beloved father), she faced some of the same challenges encountered by my heroine, Emilia Serafini, who was not allowed a painter’s apprenticeship because she was a girl.

Q) What do you and your son like to do to together when you need "alone time"?

A) As a typical fourteen year-old with interests of his own, my son does not generally seek out “alone time” with his mother! However, I manage to weave a good amount of one on one time into every day. We talk about the day ahead as I drive him to school in the morning; I’m there for him after school (a good part of my nursing job is done from home, via remote desktop access); we share a family dinner together most nights. In the summer we enjoy biking along Chicago’s gorgeous lakefront.

Q) You have your own dreams of being a successful author. To do that requires more than the book of mysteries series. What else is in the works? What's churning in Mary Osborne's mind, demanding to be written?

A) It’s going to take several more years for me to complete the Alchemy Series. Beyond this, I’ve always been fascinated by playwriting and would love to pursue this craft as well. Eventually, I think I will return to the first, still unpublished book I wrote, which was based on the experience of my late-husband’s death. I drew inspiration from A Grief Observed—C. S. Lewis’s moving account of the loss of his wife. I was too close to my own grief experience when I began writing my book. With the passing of many years, I’ll have enough distance from the experience to write a truer interpretation of this life-changing event.
Posted by David Kentner -- KevaD at 10:24 AM