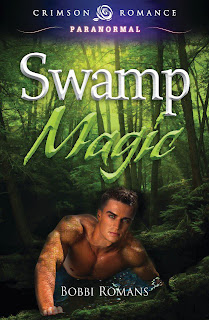 Florida’s Bobbi Romans is one of the authors finding her way to readers via indie (Ebook)) publishers and the Internet. Between her day job, writing, and taking care of her home, she somehow manages to find the time to maintain a presence on social media, chatting about books in general and just about anything else that strikes her fancy.


I’ve known Bobbi since before she saw her first book published and followed her nervous entry into the world of ‘published author.’ That means I know her personally to be a very sweet, kind lady active in animal rights and holding to a strong belief that all people deserve respect until a person’s cruel side comes out. So, when she decided to write stories about heroic swamp monsters and supernatural enemies, it kind of caught me by surprise. However, I should have known that Bobbi’s wonderful ability to tell a story would turn a potential horror series into romances that set hearts thumping and passion blazing.


“Swamp Magic” was the first of what is now known as the ‘Swamp Magic’ series. In the story, local lore tells of a Bog Man, a reptilian with human features, that haunts the swamps, searching for his next victim. But when the book’s heroine, Beth, follows her brother on a ridiculous quest to find a myth, Beth becomes lost, only to be found by something that shouldn’t exist, let alone be so damn sexy.


The second offering in the series is “Under the Full Moon.” In the swamps a war is raging. The humans turned beasts have been ordered destroyed by the witch who created them, and the creature she has sent to do the job far out powers those she has left weak. Damien was an offhanded joke – a man the witch laughingly made into an armadillo shifter who survives by hiding. But now Damien has been discovered, and he’s willing to bring to bear all that he is to defend the gentle woman called Grace.


Bobbie tells a great story. She really does. If you’re looking for romance in unexpected places fraught with danger and intrigue, you should definitely check out Bobbie’s ‘Swamp Magic’ series.
http://www.bobbiromans.com/


Q) Why swamp creatures?
A) Better question is why not? So many of the creatures most turn their noses to have extraordinary gifts. The Anole, can change colors before your very eyes to blend in with his surroundings. The Armadillo not only wears armor, but can also hold their breath under water for up to eight minutes. The Opossum? Well he is Americas Kangaroo.  No relation to the rat whatsoever.


*Did you know that the male opossum is a Jack, the female a Jill and the offspring are Joey’s?*


Q) Many of us oppose animal abuse – from our armchairs. You turned your concern into action. What was the final straw that became your call to arms?


A) I believe we should all stand up for those who can’t for themselves. Whether people or animals. Oddly, my family and I have been selected by many a strange critter to rescue it. We’ve awoken to a ferret in our bed in the middle of the night, (he was lost and we cared for until his owners came looking) nursed baby flying squirrels until ready to depart on their own and rescued an injured rat who somehow picked one of the few houses where the lady doing laundry wouldn’t come unglued finding him in her rug outside in the laundry room. One who also dropped a pretty penny at the vets to get his injured leg worked on. 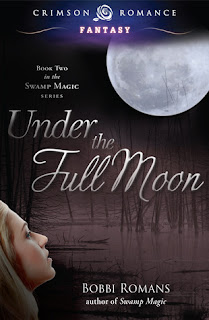 themselves on a collision course with a blood thirsty monster. That book’s original publisher just closed its doors (that happens sometimes in the indie Epublishing world). Where will readers find that book now?


A) The story has been submitted elsewhere, but for now is in limbo.


Q) You have a wonderful sense of humor. When will we see more of that?


A) Honestly, there is humor found spattered throughout each story. I simply can’t hold it all back. But, my next release, An American Holiday-Turkey, Cranberry Sauce & Prozac, releasing in Nov from Wild Moon Press, is I think, the most humorous to date. Well, I hope the readers think so anyway.


A) I don’t tend to write inside the box. I write whatever I imagine. It might be contemporary, horror, romance, or even a combination of them all. I want to write the stories which allow the reader an escape from real life. A journey to somewhere else. It’s the trip there, which I try and make the true adventure.
DA Kentner is an award-winning author www.kevad.net