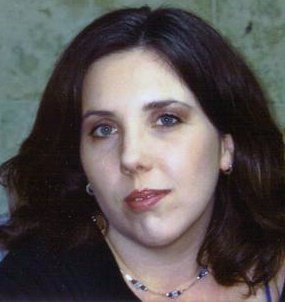 Browsing book titles, my gaze screeched to a stop at The Misadventures of the Laundry Hag cozy mystery series by author Jennifer L. Hart. In this on-going series, the lead character Maggie is the wife of a former Navy SEAL and adoptive mother of two (one of whom is a twelve-year-old growing faster than his common sense) who takes on cleaning jobs to help pay the mounting household bills. Though instead of sweeping dirt under the carpet, Maggie has a knack of uncovering mysteries not everyone else seems to find mysterious. But, true to amateur sleuths everywhere, Maggie’s instincts and perseverance win out in her humorous forays into crime solving.


The easy style of writing and pure enjoyment of the prose led me to want to know more about the author. Hart, it turns out, is actually the alter ego of romance and fantasy author Jenna McCormick. Hart’s novel “Redeeming Characters,” the story of two writers plotting revenge and love, both on and off the pages, garnered awards and reader interest. Her futuristic novel “Stellar Timing” likewise captured recognition within the industry.


Born on Sanibel Island, McCormick, a real life former navy wife and mother of two, writes full time. In July 2012, the offbeat and highly entertaining “Daisy Dominatrix Volume 1” (Hart) was released, and in August came “River Rats” (Hart). “River Rats,” set in upstate New York, brings together a park ranger, a waitress, and deadly events that may end any possibility of love before it begins. Due out January 29th is “No Mercy” (McCormick) a science fiction fantasy story of two people lust throws together, and a secret that forces the couple to become untrusting allies in a fight for survival.

McCormick/Hart’s imagination and willingness to explore genres provides readers with a wide array of reading potential and hours of entertainment. Check her out. I think you’ll be glad you did.
http://www.authorjennamac.com/ http://www.jenniferlhart.com/


Q) The obvious question: Why continue to write under both names, and, do the two personas ever conflict?


A) Do the two personas ever conflict? Like female wrestlers in a pit full of Jell-O. Honestly, I started writing mysteries because it was more family appropriate entertainment, things I wanted to read and write and would be proud to have my name on and to tell everyone about. But I held myself back for fear of what family and friends might think. The Jenna persona doesn’t like to be constrained though, she’s all sensationalism, 24/7. My Id. So Jennifer writes when I’m feeling a little more wholesome—or as wholesome as I ever get—and Jenna for the rest of the time.


Q) You’re primarily a romance author, so, what inspired The Misadventures of the Laundry Hag mystery series?

A) Actually, I started with the mysteries. I grew up reading Mary Higgins Clark so it seemed more natural. But I became more and more fixated on how my protagonists interacted and one thing led to another…cue the Barry White.


I’d just moved into a new home in a new state and had a bazillion (the technical term) boxes to unpack for what felt like the bazillionth time. Hazard of the navy wife mantle. I started thinking about how much I wished someone else would do this crap for me. But then I didn’t want anyone to see my dirty little secrets. That led me to thinking about the things other people might have to hide. Thus, the laundry hag was born.


Q) “No Mercy” is actually the second in a series, the first book being “No Limits.” What’s the common thread in these particular stories?


Q) Like a growing number of authors, you publish both with well-known publishers and independently. What benefits do you believe you derive from pursuing both avenues?

A) Not every story is going to have a wide enough audience to attract a mainstream publisher. That doesn’t mean it shouldn’t be told though. I like to take risks in my writing, push the envelope and create something brand spanking new. Take “Who Needs A Hero?” It’s the story of Maggie and Neil from my Laundry Hag series. In that book I give both the main characters their own first person point of view. I was told this was not done and took pride in doing it anyway. Since the characters were already attached to the mysteries, publishers didn’t know what to do with them, where to shelve them or if it would be worth the risk. Enter self-publishing as ebooks and I have a bestseller that might not have seen the light of day otherwise.


As an author, there is nothing like the feeling of walking into a bookstore and picking up a copy of your own book. Knowing the story will reach a wider audience then it could even online is a major point of pride for me. I like giving my readers options.


Q) Any parting comments for fans and readers not familiar with your stories yet?

A) For my fans, thank you for reading. I couldn’t do what I do without you and I am grateful for every review, recommendation and fan letter I receive. For everyone else, I know your time is valuable and I hope to make it a little more entertaining. I’m currently working on another installment of Jenna McCormick’s “Caught Up In You,” contemporary billionaire erotic romance serial and “No Escape,” the third in the “No Limits” series. Afterwards, I’ve got a new mystery planned, so there will be a wide variety to choose from. I blog, I facebook, I tweet, under both names and I would love to hear from you!
DA Kentner is an author and journalist www.kevad.net 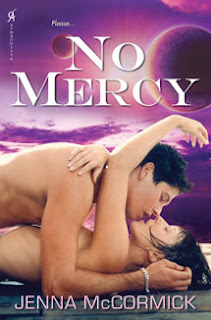