An Interview With Author JA Konrath 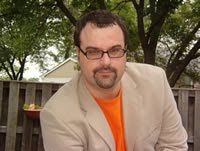 Joe “JA” Konrath is a multi-talented author in numerous genres. His series with protagonist Jacqueline “Jack” Daniels, the latest being “Cherry Bomb,” the seventh volume soon to follow, is climbing the literary charts with its recipe of action and spit-milk-through-your-nose comedy.

But Joe’s success isn’t what makes him unique. It is his understanding of print vs digital:
“By stating they won't ever give up print books, print aficionados are giving value to the journey. The act of turning pages, the smell of paper, seems to be just as enjoyable as the story itself. I don't buy it.”

Joe used the printed publishing industry as a stepping stone to break into the digital world where he's hit the #1 Kindle best seller spot, and six of his e-novels are amongst the top 1000. He's currently selling over 150 ebooks per day. In February 2010 alone, Joe’s e-sales topped $3400.

And getting his name out there is working for him. To that end he offers several of his pieces free, such as “Serial.”

“I wrote TRUCK STOP specifically for Kindle. And I had an insidious reason for doing so. TRUCK STOP is a Jack Daniels novella. It is basically a gateway drug. Those who read SERIAL for free, or TRUCK STOP for $1.99, will often go on to read AFRAID and the entire Jack Daniels series. TRUCK STOP is a fun story, with some thrills and laughs, but its ultimate goal is to lead people to more of my writing.”
Visit Joe’s web site at jakonrath.com.

A) When I was nine years old I read my first mystery, by Robert B. Parker. I've been paying homage to his writing ever since. "Homage" is a French word, meaning "ripping off."

Q) How do you believe the advent of e-books will affect the traditional community library?

A) Ebooks and audiobooks are already being lent out to patrons at libraries around Chicagoland, and I assume this is happening elsewhere and will continue to gain momentum. Libraries will always be hubs of the community; places to gather and study and borrow media, whether it be print or digital.

Q) Have you considered creating your own e-publishing/distribution company, given your command of that media?

A) Happily, I'm too busy writing at the moment. But there's a goldmine there, for those who are interested.

Q) JA Konrath, Jack Kilborn, and Joe Kimball, all pen names of yours, have unique voices in their respective genres. Do these personalities ever conflict with each other?

A) Very often. In fact, my wife got mad at me last weekend for drinking too much, but I explained that wasn't me, it was Jack Kilborn. That Kilborn guy is a real troublemaker.

A) I acquired more than five hundred rejections before I landed a publishing deal. But I kept writing and kept trying, even though I had to write ten novels before I was able to sell one. There's a word for a writer who never gives up... published.
Posted by David Kentner -- KevaD at 2:46 AM