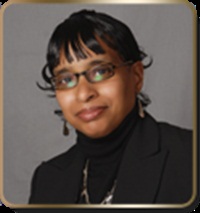 Wahida Clark has been called the “Official Queen of Street Literature,” “Queen of Thug Love Fiction,” and credited with the creation of the Thug Love Fiction genre itself, a sub-genre of street lit fiction. Wahida’s storytelling abilities initially grabbed readers’ attentions with “Thugs and the Women Who Love Them,” her first bestseller. “Thugs” is the story of three women rising within the educational system to become a lawyer, psychologist, and a doctor. What they share is a magnetic attraction to men who can destroy not just their ambitions, but their very essence.


“Thugs” evolved into Wahida’s first series and a recipe for raw, in your face prose and characterization that the author has become renowned for. Her latest novel “Payback Ain’t Enough” is the third installment of the Payback series, the first being “Payback is a Mutha.” Ironically, Wahida hadn’t intended on creating this series. The concept took form during a ten month stint in isolation during the author’s 10 ½ year incarceration for money laundering and mail fraud. Yes, that’s correct. Wahida knows the characters and stories she pens up close and personal. In fact, seven of her eleven novels were written behind bars. 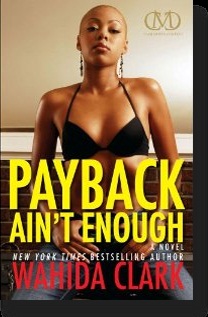 Wahida emerged from the prison system a dynamo of energy and vision. Capitalizing on her literary success, she founded Wahida Clark Presents Publishing, and has since become an integral part of several not-for-profit organizations including Phoenix Academy Inc, which provides assistance to groups and mentors for at-risk children. In other words, she’s paying it back tenfold.

“Payback Ain’t Enough” is the story of lies and deception in the midst of Detroit’s blood-drenched drug turf where lives can rise to success, only to fall to ruin in the jealous pull of a trigger. This novel jerks the reader inside the nightmarish realities of life on the edge, of hurried footsteps on a darkened street, futures buried within hidden compartments in cars, and never fully trusting those your next breath depends on. Yet, through Wahida’s skilled plotting, dreams never die, and hope reigns supreme even when the odds of a tomorrow are stacked against us.
http://wclarkpublishing.com/


Q) You developed the idea of your publishing company while in prison. There, you also met with fellow inmate Martha Stewart. More as curiosity on my part, did she offer any advice that reshaped your plan, allowing it to materialize faster upon your release?


A) No she didn’t. The prison allowed us to do a woman’s empowerment workshop. Her session was on business trends and mine was on writing and getting published. Her business was running on all four cylinders while she was locked up. It was only logical to show her my business plan and she gave it a nod of approval.


Q) You are crazy busy. How do you make time for your family?


Q) As time goes on, the personality that wrote your early books has to erode and reveal more and more of the astute businesswoman underneath. It’s part of your personal evolution. How do you balance those traits, or have you reached a point where you need to yet?


A) Oh, I’ve reached that point, and of course, there are those who don’t like it.  And I have to agree with Martha Stewart when she said that you basically have to be a bitch to run a company.

Q) Any plans for an autobiography?


A) I’ve completed the first draft, submitted it to the editor and have not picked it up since.


Q) There are critics and detractors of street fiction. What do you believe incites some to not give the genre credibility?


A) Their detachment from a culture that they prefer not to acknowledge and some just want something to stick their noses up at. However, I can’t find one major publishing house that doesn’t have a Street Lit imprint.


Q) Any parting thoughts for those who have not read your work yet? 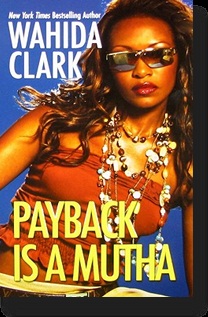 A) I write to entertain. So if you are up for a good read, visit my website www.wclarkpublishing.com I am excited about expanding my audience and creating more awareness to the genre. Street Lit books are the same as mainstream books. They are just written from the urban, or as we like to say ‘hood’ perspective. My characters in Payback Ain’t Enough want revenge, romance, and to live a comfortable lifestyle. I write using intricate plots, suspense, and everything else that is in mainstream novels. Payback Ain’t Enough is a gift to be shared with the world.
DA Kentner is an author and journalist. www.kevad.net