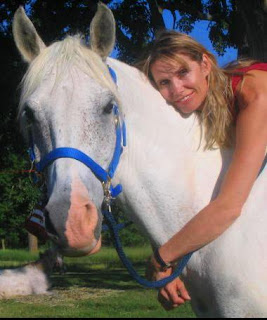 Lois Greiman was born on a North Dakota cattle ranch. After graduating high school, she opted for the ‘southern’ clime of Minnesota to train and show Arabian horses. Since that time she’s raised three children and written stories in numerous genres, including romance (humor, contemporary, historical, paranormal), children’s, and mysteries. She’s also amassed a list of awards and honors for her storytelling abilities. And certainly, with past jobs as a high fashion model, veterinary assistant, and fitness instructor, Greiman has a wealth of her own experiences to draw from for inspiration.


Readers may be familiar with Greiman’s cocktail waitress turned psychologist character Chrissy McMullen who has starred in a number of humorous mysteries, the latest of which is “Uncorked.” In “Uncorked,” Chrissy’s on and off again romantic interest Jack Rivera is the chief murder suspect, and Chrissy is determined to clear his name in spite of the position and female company she last saw him in.


Now, “Finding Home: A Hope Springs Novel” is being released this month. In this story Greiman melds her humorous side and equestrian knowledge with the touching tale of Casie Carmichael. Casie has to return to Hope Springs, SD, to sell her family’s broken down ranch, unaware that every orphaned animal and troubled child in the area seems to be waiting for her, along with a former beau not so convinced her practical in every way fiancé should become her groom. “Finding Home” is aptly titled as that’s just what readers should experience; a sense of warmth only a real home can provide. Pick up a copy. I think you’ll be glad you did.
http://www.loisgreiman.com/ 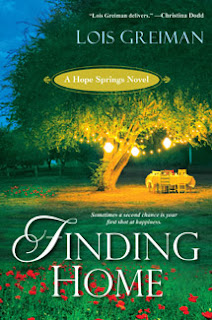 Q) Obviously, we don’t need to strain our eyes to see the similarities between you and Casie. Why did you choose this story (Finding Home) to parallel so many facets of your life?


A) Farm life is a big part of who I am and horses have always been good for my soul. So I thought it was time for me to put those two aspects together in a way that (I hope) is meaningful to me as well as to readers. Finding Home is a ranch story, but I think it's more than that. It's a story about hope and hardship and the invincibility of good. I think we all need a little of that right now.


Q) Your story settings span warrior Scots to London witches to pirate lords, and now you’ve taken us to contemporary South Dakota. What era and locale is your favorite to use for your endless menagerie of characters?


A) The wonderful thing about fiction is that I don't have to choose a favorite. I can live in all those places and enjoy every one of them to the fullest. But I have to say, the Black Hills of South Dakota is a spiritual place for me, somewhere I return to time and again with my family and my horses.


Q) You claim to love happy ever after endings, but haven’t given Chrissy McMullen and Jack Rivera theirs yet. Why not?


A) Chrissy isn't the kind of person who will ever be entirely happy. She makes far too many problems for herself and wouldn't be content any other way. Besides, I'm having too much fun with her and Rivera to give them any kind of tranquility!


Q) In a 2007 interview, you mentioned that you first decided to write mysteries when your sons moved out of the house. You also once said how you didn’t start writing seriously until after your children were born. Just how influential have the changes in your life been on your writing career? 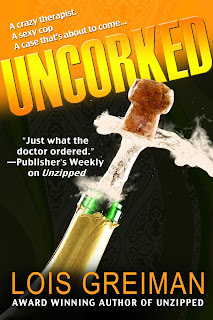 A) Extremely influential. For instance, my first granddaughter was just born a few months ago and suddenly all my fictional characters seem to be pregnant. Look out Chrissy McMullen!!


Q) You have said you would like to write a literary story. Though clearly a romance, “Finding Home” does embrace a literary element with its masterful characterization and fluid prose. Will we see you venture into women’s fiction in the near future?


A) Firstly, thank you for your kind words. 'Masterful characterization’ –wow! But, is Finding Home really a romance? I think of it as women's fiction. While it does have romantic elements, that's not the main thrust of the story. To me, Finding Home is the story of a young woman trying to find her place in the world.


A) I'd like to say thank you for picking up one of my novels and for giving me the opportunity to flex my literary muscles in so many different genres! It's an honor to be able to tell lies for a living.
DA Kentner is the author of the acclaimed suspense novel Whistle Pass http://whistlepass.blogspot.com/