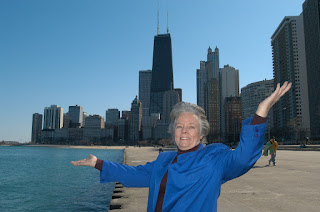 Barbara D’Amato’s many Awards include a Mary Higgins Clark, a Carl Sandburg, a Macavity, 2 Readers Choice, 2 Agathas, and 2 Anthonys. Her current novel, Foolproof – co-written with Jeanne M. Dams and Mark Richard Zubro- is a tale of suspense centering on a plot to steal the Presidency of the U.S. Barbara’s web site is barbaradamato.com.


Q) What was the defining moment or event that sparked the desire to become a published author?

A) Early on, I was an avid reader of Agatha Christie, then when I had read them all, Ellery Queen and John Dickson Carr. I loved the puzzles. But Joseph Wambaugh became a favorite, too. After a while I wanted to try writing traditional puzzle mystery, and wrote two, THE HANDS OF HEALING MURDER and THE EYES ON UTOPIA MURDERS, published in 1980 and 1981. The Cat Marsala mysteries sometimes involve puzzles--HARD TACK is a locked-room mystery. I got interested in police produrals later on. But it started with the challenge of producing a puzzle that was fair but hard to solve.

Q) As a writer you have penned numerous graphic and riveting murder mysteries, which include Death of a Thousand Cuts, one we could easily discuss for hours on end. As a musical playwright you cater to children with successful efforts such as The Magic of Young Houdini. What within you draws you to such extreme genres of writing? And how do you remain focused without allowing one to infuse into the other?

A) My husband composes music and he got me into writing the books [scripts] for musicals. The requirements of keeping audience interest between acts and between scenes is more urgent than keeping a book moving. A book has to make the reader want to turn pages, but there is nothing as urgent as keeping interest going when the lights go down between one scene and the next at intermission. Doing plays made me more conscious of forward motion, which helped me in writing books.

Q) Naturally I have to ask, as a playwright, novelist, and crime researcher, which one, if any of these three, are your ‘first love?’

A) I am happiest writing novels. Plays and musicals are subject to the input of actors and directors. There's nothing more exciting than hearing an actor give more meaning to a line than you even knew was there. But in writing books you have more control over what the reader sees.

Q) A prolific and gifted writer, you aren’t shy about making it clear that it is hard work that produces success. Amongst the many experiences in your resume is ‘assistant tiger handler.’ Would you share with us how that came about?

A) I became an assistant to our tiger handler during the run of "The Magic of Houdini," a musical comedy that my husband and I wrote. The stagehands didn't want to get near the tiger--actually a black leopard, one of the stars of the show. He was used in the illusion where the young lady enters the cage and is turned into a leopard. We've all seen this performed, I think. With the stagehands unwilling to help, I learned how to be the handler's aide. But I have to emphasize I was the assistant. The handler was the person who really knew how to handle the animal.

A) It would be great to have magical advice to give unpublished writers, but I haven't any. Maybe this, though: 1. Every published writer was unpublished once. 2. Write every day, even if you have to throw it out. 3. Edit. Not necessarily right away. Write the whole book and then edit, if you like to work that way. But rewrite, rewrite, rewrite. I don't remember who said "Easy reading is hard writing," but it's true.
Posted by David Kentner -- KevaD at 11:20 AM