An Interview with Author Steven Morgan 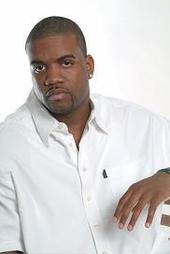 Steven Morgan's voice, and writing, is fresh, believable, and very much worth taking the time to invest in.
DISCOMBOBULATED, to some, will seem to be Mr. Morgan's debut novel. Far from it.
He's been around the block more than once, honing his craft, developing a following for his work. His stories are raw, just like the streets of Chicago he grew up on.
As Steven's work grows, so will his readership. Fortunately, he won't. The man's 6'5" now.
His love of family – his daughters – includes his favorite book, the Bible.
But don't expect his faith to tone down the edge he implants in every story he writes. That's not real life. And DISCOMBOBULATED doles out the tribulations of life through the main character Ciara Blackwell. Ciara's tale is one of drama, and how sometimes, there is nothing else to look forward to. Still, she asks for nor accepts pity and decides to carve out a life for herself when others turn their backs on her.

Mr. Morgan isn't an author to watch. He's a rolling steam engine you need to jump onboard.
http://www.authorstevenmorgan.blogspot.com/

Q) What inspired you to write DISCOMBOBULATED? And where did Ciara's character come from?

A) What inspired me to write DISCOMBOBULATED was a couple arguing in the parking lot of a grocery store, and the story just took off in my head from there. Ciara was developed from just a combination on women that I know or know of.

Q) As a child, what books caught your attention and fueled your own desire to write? 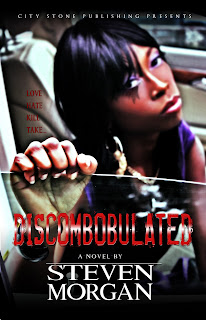 A) As a child I didn’t have the desire to write. Writing has always been something that came easy to me. I could come up with an idea and it just would flow. It wasn’t until I got older, that I became interested in writing full time.

Q) Family is a vital element in all you do. In fact, on occasion you quote family members who have played important roles in your life. Between work and writing, time isn’t a friend. How do you manage to pass your values on to your children?

A) No sleep. I mean, it is something that I can’t get around home. I must spend time with my children and I must write. I usually write late at night because I allow my story to develop in my head and I just release my story at night when the house is quiet, lol. It isn’t easy balancing family and a career, but if you want both of them to work, you will find a way to make it happen.

Q) What's in the works? Can you share what's next from Steven Morgan?

A) Well, I’m currently working on a short story for an anthology and finishing up my next novel (Untitled) , which I hope to release in late spring of 2011. Also, I’m putting the finishing touches to my movie script (Tax Check) a comedy, which I’ll start to film in fall of 2011. I’m always looking for or receiving new projects to venture into. I love writing and I’m working to perfect my craft.

Q) Your road hasn't been easy. At one time, you took your early novels to the streets, selling them hand to hand. What advice do you have for those just getting started?

A) It’s hard work, and don’t expect anyone to put in the work you will. If you’re passionate and serious about becoming the best you can be, the blood, sweat and tears is worth it. Set goals and don’t let anything or anyone stop you.
Posted by David Kentner -- KevaD at 10:58 PM