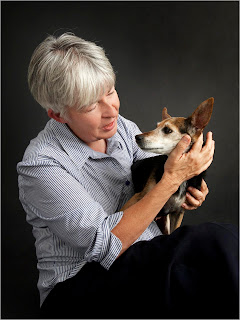 "Daughter of the Forest," her first published novel, released to acclaim and was soon published in the U.S. and U.K. as well as New Zealand and Australia. This fairy tale told in an Irish setting became the first of the "Sevenwaters" trilogy (a fourth and fifth book have since been added). Her repertoire of stories expanded to four series plus the stand-alone novel, "Heart's Blood."

Ms Marillier's unique blend of history, folklore, romance and family drama continually leaves readers spellbound and awaiting her next beguiling tale of human relationships and personal journeys. A member of the druid order OBOD (The Order of Bards, Ovates and Druids), her characters' interaction with the natural world around them reflects the author's own spiritual values.

While Ms Marillier would appear at the top of her game, life isn't always fair, nor scheduled, nor easy. In 2009, Ms Marillier was diagnosed with breast cancer. It was then, as so many women (including my own now deceased mother) can attest to, Ms Marillier had to find strength previously implanted in her fictional characters.

And, true to form, Juliet Marillier has risen to the challenge and chosen not to surrender, but to wage battle on her own terms against this disease.

Q) Obviously, my heart and prayers go out to you, but I must ask (as the son of a prior cancer survivor) where do you stand today in your battle with cancer?

A) I’m doing well, thank you. It’s now almost two years since my initial diagnosis, which was picked up on a routine mammogram – there were no warning signs at all. Between March and November 2009 I had surgery, chemo and radiotherapy. Thus far my tests have remained all clear and I’m feeling well. Like many survivors of life threatening illnesses, I have a new appreciation of what is really important in life. I remind myself of that when I get grumpy about things like deadlines or bad reviews. In the bigger picture, they don’t matter in the slightest. 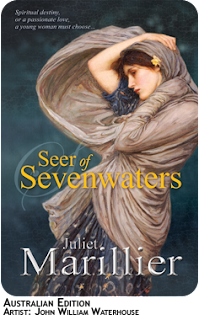 Q) You have an incredible gift of music. What inspired you to transfer your energy and passion to writing?
A) I’ve always loved both books and music. My parents were musicians, one professional, one amateur, and both of them were keen readers. I did a lot of writing as a young person but I chose music as a career. The desire to tell a story bubbled to the surface later in life, during a time of personal crisis and life-changing decisions. That was when I wrote my first novel, “Daughter of the Forest”. From there my career as a novelist developed more or less naturally.
Q) Genre tags tend to shelve and categorize a writer. To my personal amusement, many have tried and failed to box your work under a specific label such as gothic, fantasy, or supernatural. What do you consider your stories? Or are some people simply overcomplicating obvious historical romances?

A) That’s a great question. I do believe my work spans quite a few genres: historical novel, fantasy, romance, adventure, family saga, even gothic/ghost story in the case of “Heart’s Blood.” I quite like the fact that they are not easily boxed. For instance, I have many readers who tell me they don’t read any other fantasy, but love my books. I don’t consider my novels to be any particular genre. I just write the stories that I want to write and leave such categorisation up to booksellers, librarians and readers. While my books are set in real history and all contain love stories, they are probably a bit more than historical romances because of the strong folkloric and magical elements, the spiritual aspect, and the way they delve quite deeply into human motivations and personal journeys.

Q) You have been called a "folklorist." Fans have been known to challenge writers' research. To that end, you have traveled to places such as Turkey gathering background information for a story. How do you contend with critics and do you welcome readers' questions regarding your extensive research?

A) When I make factual errors, and I’ve done so several times, I’m happy for readers to let me know – sometimes these things can be fixed up in a later edition. Often it isn’t the history but something like making a flower the wrong colour or putting a New World vegetable in early medieval Europe (we caught that one in time.) On my website there’s a Q&A where I list these errors and their corrections. With experience, I have become much more thorough and careful in my historical research. In my original Sevenwaters trilogy, the history is quite flawed because I was writing with a fairy tale in mind, and I figured if readers could accept magical beings out in the woods they wouldn’t be troubled by a little historical inaccuracy. Mostly, they weren’t, but in retrospect the dodgy history bothered me a lot, and if I were writing that series again, it’s the first thing I would fix. When readers tell me about an error, all I expect is that they check out the website first to make sure I don’t already know about it. And they should tell me politely! 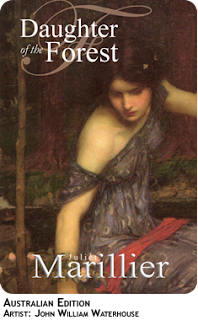 Q) Should the day come you decide to set aside your pen, what message do you hope to leave within your writing for readers?

A) Find the courage within yourself. Move forward bravely through whatever challenges life presents. Respect others, with all their flaws, and respect yourself. Learn the value of love, faith, honour, integrity, comradeship, family. These old-fashioned virtues will light the darkest pathway. http://www.julietmarillier.com/
Posted by David Kentner -- KevaD at 10:53 AM