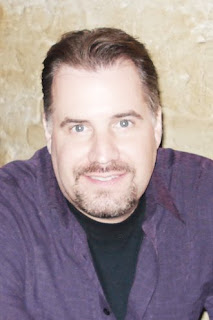 Fiction and mystery author Joseph Pittman lives literature. As a professional editor he has worked for several publishers, and with renowned authors such as Stephen King, Joan Collins, and General Norman H. Schwarzkopf, to name a few. A native of the Queens borough of New York, Pittman continues to reside in and around NYC.

In the mystery novel "London Frog," Pittman introduced the world to an oddly magnetic character named Todd Gleason. A petty thief, Gleason walks both sides of society's fence, straddling good and evil in order to pursue champagne tastes. He possesses his own idea of morality, and frequently merges right and wrong into acceptable whenever the need arises. Though not who you would ever want dating your daughter, Gleason is the first person you'd call if she was kidnapped, and Gleason is the first one who would catch that same daughter's eye in a crowded room. The sequel "California Scheming" is due out in January.

But Pittman's writing interests extend well beyond the mystery genre.

"Tilting at Windmills," Pittman's first published novel, is a story of love lost, love found, life renewed, and a windmill that stands watch over the residents of tiny Linden Corners. In "Tilting at Windmills," Pittman left the reader wanting more of Linden Corners and the main characters Brian Duncan and his eight-year-old ward Janey Sullivan. "A Christmas Wish" brings back Brian and Janey in a joyous tale of honoring the past while building a future. "A Christmas Wish" is a heartwarming story of love and Christmas magic. Just make sure you have a box or two of tissues nearby.
Mr. Pittman's Web Site 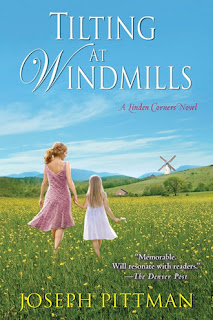 Q) How did the windmill and Linden Corners come to be?

A) The windmill came to me sort of by mistake. Riding on Amtrak along the Hudson River Valley, I ran across the phrase “tilting at windmills” in the book I was reading. I looked out the window at the river and I began imagining what if there was a windmill out of the window? The Hudson River Valley has a strong Dutch influence, so the idea of a windmill in that area was not out of the question. The story began there.

Q) Writing and editing are intrinsically connected, yet worlds apart. Writers write the story. Editors work to improve that story. As an author/editor, how difficult is it for you to see another editor making/suggesting changes in your story?
A) I’m very structured, both in writing and editing. Each compliment the other, at least in terms of my approach. The secret is keeping the material under control—self editing as you write, narrowing your focus when you edit. Keep the words from getting out of hand and you’ll maintain a better sense of pace.

Q) What first instilled the idea in you that you would like to write a novel?

A) As a know-it-all teenager (what teenager isn’t?), I read a book which I found quite simplistic. I thought: “I could do better.” It was a challenge to myself, and so I began. I wrote five manuscript before “Tilting at Windmills,” so I’ve been working at it for years. “Windmills” just happened to be the one that struck a chord, with an agent and with an editor…and now readers. 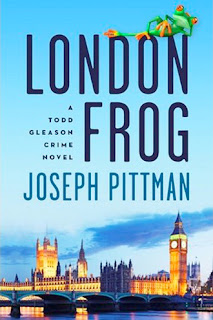 A) Having a guy who straddles the legal fence is much more fun to write. He doesn’t always have to do the right thing, but he doesn’t want to go too far either. It’s the moral complexity to makes Todd intriguing—not to mention the dimples that make him attractive. Even though he’s not such a good guy, he’s not a bad guy either. Call him a crook and he’ll correct you. “I’m a sneaky opportunist.” Todd has his demons, but he also has his fun side—though not everyone would agree with that second part.

Q) Since your day is filled with words – editing and writing – how much time do you set aside for reading? And, what do you enjoy reading?

A) I don’t write every day. I tend to go away for a week or two to start a novel, so I can just concentrate on getting to know the characters, the plot, and the twists. Then when I’m back home the book is well under way and I can steal time, mostly nights and weekends, to finish it. I also read a lot. My subway ride to work every day finds me with a book—I like mystery and suspense, thrillers. I read Daniel Silva, Dennis Lehane, Robert Crais, Stephen King, Carl Hiaasen. A real mix. When I’m in the mood for something more quirky, I’m a sucker for John Irving. 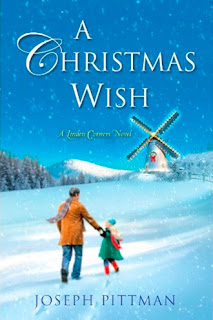 A) I’m schizophrenic when it comes to my writing. If you enjoy the feel-good stories of Tilting at Windmills, you may wonder where London Frog came from. Writing is all about experimenting. A forthcoming novel will join my two loves—the small town world of Upstate New York and the mystery genre. But there’s other stuff too—another Linden Corners book, another Todd Gleason mystery, and a few other surprises. I’m having a blast and I hope my readers are too.
Posted by David Kentner -- KevaD at 3:10 PM