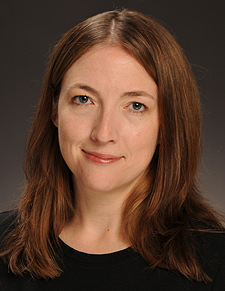 Chicagoland's Erica O'Rourke, mother and wife with a fondness for sushi, naps, and coffee, is a quiet and reserved young woman who has no idea what is about to happen to her. Now an award-winning author with her debut novel "Torn," the first of a Young Adult fantasy/romance trilogy, in the bookstores, Erica is on the verge of discovery by thousands of readers. Readers who will quickly become fans of this writer's fresh voice and ability to grab the reader's full attention with one, brief opening sentence:


"I woke up to the smell of Lysol and the end of the world."
"Torn" is the tale of a young woman needing to understand why her friend was murdered. What she finds is a world of magic, mystery, and shifting alliances, and two men who may be just as wrong as they are right for her.
Erica is dedicated to writing, has stories to tell, and conveys them in a manner everyone can relate to and enjoy. She vividly paints settings in the readers mind so well, one reviewer commented reading Erica's work was like watching the story unfold on TV. High praise indeed. Her plots are fast paced, intricate, and designed with one purpose in mind – to keep the reader entertained and turning the page.
Erica O'Rourke is mild mannered and almost shy, until she sits down at the keyboard. Then she becomes a gifted storyteller with the capability of captivating readers for decades to come.
Q) Why did you choose to write urban fantasy romance with magical elements?

A) Thanks to my father, I was raised on a steady diet of science fiction and fantasy of all sorts, thanks to my father – Roger Zelazny, Robert Heinlein, Raymond Feist, Piers Anthony, Anne McCaffrey  – and when I began writing, those genres seemed like a natural fit. I chose to include a romance because falling in love, especially for teenagers, is a complicated, sometimes-messy, sometimes wonderful process that reveals a lot about someone’s true character.

Q) The first book is the "easiest" as it is written at the author's leisure, conforming to the author's daily routine. The second comes with deadlines and levels of expectation set by the publisher, editors, and readers. What changes to your lifestyle did you have to make once that reality set in?

A) For starters, we eat a lot more frozen pizza. And I vacuum a lot less – not that I ever vacuumed very much, since it’s my least-favorite chore. Exercise has gone right out the window. In all seriousness, I realized very quickly that I had to treat writing as a job, albeit one that includes pajama pants as part of the dress code. My husband and I sat down and discussed what changes we needed to make – enrolling our youngest in preschool, shifting household responsibilities around, etc. The biggest shift was my own mindset: once writing ceased being a hobby, I had to write every day whether I felt like it or not. That discipline has improved my writing tremendously, which is a lovely side benefit.

Q) You loath fish, but love sushi. Care to explain?


A) I am terrified of fish. They are slimy and fast and many of them have sharp teeth. As a kid, my parents used to take me to the Shedd Aquarium in Chicago, and they have a giant tank right inside the entrance where there are sharks and fish of all kinds. It’s very dimly lit and exceedingly creepy. I used to have recurring nightmares that the tank would break, and all the water would rush out and fill up the room. And then the fish would eat me alive.
Sushi, however, is delicious – fresh and healthy and an utter delight. And one of sushi’s most sterling attributes is that if I am eating it, there is one less fish in the world likely to eat me. I win. 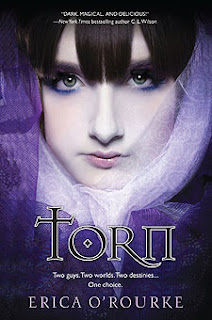 Q) A true Chicagoan, you set "Torn" in the Windy City. What is it about Chicago that you found so appealing to make it the story's backdrop, or was it simply using a setting you're familiar with?

A) Part of my decision to set TORN in Chicago was certainly a result of knowing the city. But a bigger part was that I wanted Mo, the heroine, to come from a very specific background: a working-class, South Side Irish family. She’s an ordinary girl at the beginning of the story – smart, hard-working, unpretentious – and she discovers a strength in herself she didn’t know existed, but has been there all along. That felt quintessentially Chicago to me. We might not be the most glamorous city in the world (although parts of it are breathtakingly beautiful) but we do have an incredible amount of heart and grit.

Q) What is your long-term literary goal? Where would you like to be in twenty years?

A) My long-term goal isn’t much different than my short-term goal – to write books that people love, and to improve my craft with every story. There’s always something I can do better, some way to stretch myself. Each time I sit down and type “Chapter One,” I am just a bit terrified, but that’s a good sign. It’s important to do something that scares you, because otherwise, you stagnate.

In twenty years, though, I’d hope to have the mess in my office a little more under control.  And I’d like a dog. With three kids and two cats, my husband is holding firm to the “no more pets” policy, but in twenty years, I’ll probably have worn him down.