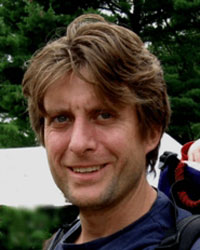 Daniel Palmer is a musician and e-commerce pioneer who established a commanding presence during the dot.com boom. Still, above all, he is a storyteller, and storytellers have to tell their stories. Daniel’s initial forays included romantic comedies, which didn’t catch the notice of publishers. Then he decided to write what he prefers to read – thrillers. Combining his techno-savvy with his love of edge-of-your-seat tales, his novel “Delirious” quickly found a home and has received accolades from readers and fellow authors around the world.

“Delirious” takes the reader not just into the vulnerability of technology, but the mind as well. The story is smart, fast-paced, and introduces us to a character unlike the typical hero found in thriller novels. Charlie Giles is a man plagued by mental illness, surrounded by murder, and not sure if he committed them or not. To learn the truth, Charlie has to unravel himself.

Keeping true to Daniel’s love and admiration for our changing times, he has now released “Helpless,” a thriller revolving around sexting, and the damage and horror embroiling a father and daughter caught up in murder, suspicion, and a tangle of lies that could destroy them both. What is most chilling in “Helpless” is the awareness of how vulnerable we all truly are when technology is used as a weapon against us.

Daniel’s prose is superb and designed to pull the reader into his stories and keep them there until the final sentence. And he does that with great skill. Daniel isn’t a writer to watch, he is an author to read.
http://www.danielpalmerbooks.com/

Q) You have taken technology’s perceived innocence and unveiled some horrific possibilities. Was it your intent to raise a caution flag of how technology can be used against ordinary people?

A) The short answer is—absolutely. When I started writing thrillers I saw an opportunity to combine my knowledge of how the technology works with suspense stories of ordinary people caught up in extraordinary situations. My goal with HELPLESS was to incorporate the dangers of commonly used technologies into an enthralling plot so that readers will hardly realize that they’re being educated while they’re being entertained. 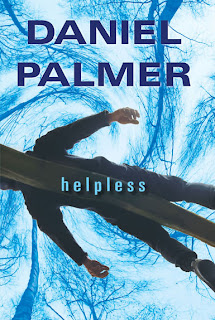 Q) In both songwriting and storytelling, you have a wonderful sense of humor, which obviously isn’t allowed to shine in your thriller novels. Can we look forward to a book or two in which you turn your tongue-in-cheek style loose?

A) I sure hope so! My mom keeps encouraging me to get my romantic comedies out there. She thinks some of the passages are laugh out loud funny. Then again, she’s my mom, so she’s supposed to think I’m great. The novel I’m writing now, titled STOLEN, is a first person narrative. I thought that would give me a lot more wiggle room to be tongue-in-cheek with my prose, however, the plot has proved to be so utterly terrifying that it’s hard for the characters to do anything but stay alive and be scared! I’ve been tinkering with an idea for a series character and I would hope to be able to bring more of my brand of humor that character’s voice.

Q) You help raise money for the Red Sox Home Base program which aids veterans suffering from Post-Traumatic Stress Disorder (PTSD). How did you become active in this cause?

A) I was helping my father, best selling medical suspense novelist Michael Palmer, promote his book, THE LAST SURGEON, which featured a former army trauma surgeon who suffered from debilitating PTSD. We came up with the idea to coincide his book launch with a fundraiser to support the Home Base Program since his novel dealt with themes specific to the organization’s mission. The event was a tremendous success and helped to raise thousands of dollars and increase public awareness about the Home Base Program. We continue to support Home Base and hope to do another big fundraising event at some future date.

Q) As a person very adept at technology such as social and web sites, did you consider publishing your books as e-books? In other words, why did you choose to follow the traditional publishing route?

A) I’ve seen firsthand how my father’s publishing team has greatly benefited his work and I wanted to emulate that success. I’m a big believer in the power of a team and I think the product I’m producing is of a higher quality because of the people working hard behind the scenes on my behalf. I’ve also spent a great deal of time trying to market my music as an independent artist, and while I’ve achieved some notoriety and success in that endeavor, I prefer having distribution and a network of supporters over going at it alone.

Q) You are married and have two children, so I have to ask. What steps have or will you take with your children to safeguard them from the internet dangers you write about?

A) My kids are too young to have cell phones or laptops in their bedroom. I’m not sure what safeguards will be available to me when they’re old enough to really bring technology into their lives. I think it’s critical for every parent to talk with their kids about the dangers of cyberspace. There are some great resources available online that offer best practices for safeguarding yourself and your kids against a variety of cyber dangers. I’ve listed many of these resources in the back of HELPLESS, but Safeteens.com is a good place to start the information gathering. There are also several software tools available to parents that help monitor their kid’s online behavior, including the highly regarded Net Nanny and McAfee’s Safe Eyes applications. 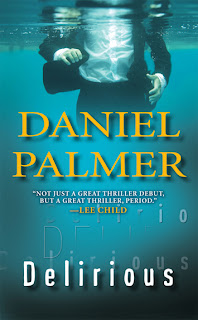 Q) Any parting thoughts for your readers?

A) I love to hear from my readers and I’m active on several social networking web sites. You can find me on Facebook at www.facebook.com/danielpalmerbooks, on Twitter at www.twitter.com/danielpalmer, or on my web site. I hope folks will give a HELPLESS and read and, if applicable, that the story opens up a dialogue between parents and their children.

DA Kentner is an author and journalist. http://www.kevad.net/
Posted by David Kentner -- KevaD at 12:19 PM