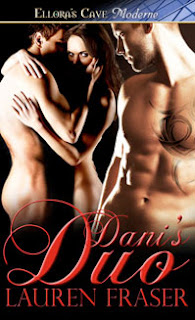 Canadian Lauren Fraser was giving her two daughters the "follow your dreams" speech when she realized maybe she should follow her own advice. Today Lauren is a multi-published author with many more wonderful tales to come. Claiming a huge romantic heart and to be a sucker for happy endings, she naturally gravitated to romance as her writing interest and chosen genre.

Preferring tea, she has a cupboard filled with varying flavors. She's also a self-proclaimed chocoholic. But don't let her gentle persona fool you, she's an avid mixed martial arts fan and has broken off more than one conversation so she didn’t miss a single round of a bout. Lauren's also a lover of the outdoors and regularly goes camping, hiking, and kayaking with her husband and children.

Certainly, a number of Lauren's novels such as "Sex, Sin, and Surf" contain the jaw-droppingly handsome hero whose mere appearance on the page curls your toes in anticipation of his meeting the heroine. But Lauren also believes men with brains can be incredibly sexy. From that belief she penned the novel "The Geek Next Door," the story of a successful and powerful woman who discovers the fantasy she thought would only remain an intangible dream actually lives next door in a man who uses his mind to make her fantasies reality.

And while today's dating world may utilize the Internet to meet, Lauren still believes in what she calls the "Wowza!" moment when your gaze falls on that certain someone who sends your heart into cardiac arrest, and your mind to the clouds.

If you enjoy romance, love, and unforgettable characters and prose, you need to spend some time with a Lauren Fraser story.
Lauren's Web Site 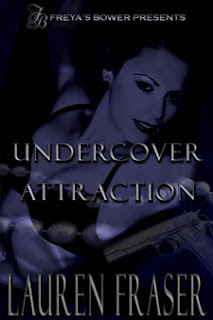 Q) "Undercover Attraction," a story about a DEA agent, was your first published story. How nervous were you about how the readers would accept it?

A) First let me just say thank you so much for having me as a guest today. I'm really excited to be here. Now onto your question, how nervous was I? Goodness, nervous doesn't even begin to describe it, it was more like terrified, but then I am every time I have a book released. LOL

Q) Outwardly, you don't appear shy, yet you claim to be naturally introverted. How have you overcome that in order to communicate with readers, which I know you do regularly.

A) Well I have to admit it's a whole lot easier to get over my nerves when I don't have to do it face to face. Honestly a big part of being an author is getting your name out there so people actually know to look for your books, so even though it wasn't originally in my comfort zone, I put on my big girl panties and did it. Now that I have done several different promotional things it has gotten considerably easier, thank goodness. Although I admit, on social media stuff, I do still find it easier to comment on existing conversations rather than starting my own, but I'm trying to get better at that too. *grin*

Q) You worked in the child protection field for a number of years. Not an easy job at times. How has that experience influenced your writing?

A) I like to think it has made me more in tune with my characters and their conflicts. I'm always trying to figure out what shaped them into the people they are now, upbringing, experiences in the past, etc. all have a huge impact on how you handle various situations and I hope I create characters that have that depth to them. 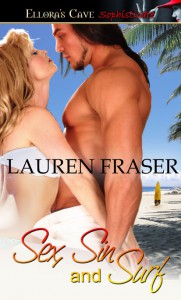 Q) I know you to have a wicked and off the hip sense of humor. Your book "Aged to Perfection" offers a hint of the depth of your wit. Who do you attribute your humor to?

A) Hmm that's a tough question. Can't I just plead I was born with it? LOL I'm not really sure, but I'd probably have to give a lot of the credit to my grandpa. He had an amazing sense of humor and he used to make up these fantastic stories and in hindsight they were obviously fake but he was so good at spinning these tales and lacing in the real life humor of those situations that I always believed him. He also taught me the importance of being able to laugh at myself which I think helps. Other than that I have no idea.

Q) As a relative newcomer to being published, what advice would you have for those who have a story to tell but have yet to put pen to paper? 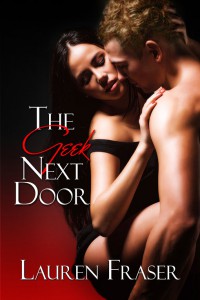 A) Umm... get your butt in the chair and write it. LOL I know that sounds a bit simple but it's true. It's really easy to put it off and not write, Life has a funny way of sidetracking you from your goals if you let it. You can always edit the story later and fix POV and punctuation etc. but you can't fix it if you don't write it. Honestly you learn soooo much just getting it down on the page. When I look back at the first things I've written I realize I've learned a lot through this process, but you can't see your growth if you don't have a starting point.
Posted by David Kentner -- KevaD at 7:15 AM