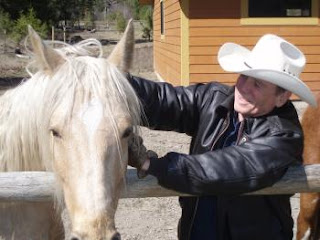 In an electronic age teeming with authors seeking fortune like the gold miners of yesteryear, James Lee Burke stands as not just the inspiration, but the aspiration of many. Yet, few will come to understand that within Mr. Burke is the true nature, the true heart, of a writer. James Lee Burke is the consummate literary artist. Book pages are a palette from which his words paint panoramic murals within the reader's mind and characters take breaths so real, a reader might be tempted to ask one to "sit a spell."

Mr. Burke's novels aren't books read and set aside. They are centerpieces of home libraries patiently waiting to be enjoyed again and again. I proffer "Heaven's Prisoners" as one such example. This novel is one of three turned into movies. Though published in 1988, this spellbinding story remains on the tips of tongues in readers' circles, commanding attention. "Heaven's Prisoners" has conquered the test of time.

Mr. Burke's latest release, "The Glass Rainbow," is on a path to ascend beyond the popularity of any in the Dave Robicheaux series.

The sequel to "Rain Gods," featuring Sheriff Hackberry Holland, is scheduled for a 2011 release.

Though a multi-award winning and Pulitzer Prize nominated author, Mr. Burke remains a grounded gentleman. He readily avails himself to fans through his web site's forum where he personally comments and answers questions. http://www.jamesleeburke.com/

Q) You and your wife are nearing fifty years of marriage – congratulations by the way. How has she enabled you to pursue your writing career?

A) Pearl always stuck with me through the hard years. She and I literally lived and worked everywhere from one coast to the other and did every kind of dirty job in between. We lived in trailers and Okie motels and she waited on tables and I worked on a pipeline and in the oil field and drove trucks and worked as a social worker on Skid Row in Los Angeles and so forth. The real credit for my career goes to my wife and children. They always believed in me and stayed the course.

Q) The Los Angeles Times referred to you as a "prose stylist." How did you develop your unique form of written expression? 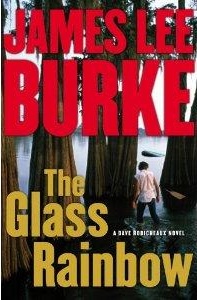 A) The biggest influences of my writing style were Faulkner, Hemingway, Fitzgerald, James T. Farrell, Flannery O'Connor, Tennessee Williams, John Neihardt, and Gerald Manley Hopkins. Ultimately a writer departs from his mentors, but during the early years it's important to have good mentors.

Q) You have provided us with captivating tales for over forty-five years. What do you think is the key ingredient that keeps readers coming back for more?

A) My most successful work has been written in the first person by a protagonist based on the everyman figure in medieval drama.

Q) What inspired you to write your first story?

A) My cousin Andre Dubus won first place in the Louisiana College Writing Contest of 1955. In '56 I decided to have a run at it. I won an honorable mention and have been at it ever since.

Q) I want to share that a James Lee Burke fan drove a number of miles to come to my home, deliver one of your books, and ask me to request an interview with you. How does it feel knowing you have such devoted readers, and is there a message you would like to leave them?

A) It's a great compliment. That's why being an artist is such a wonderful life. You meet the best and most interesting people on earth.

As Gerald Manley Hopkins says, "Blessed be God for all dappled things."
Posted by David Kentner -- KevaD at 9:56 AM