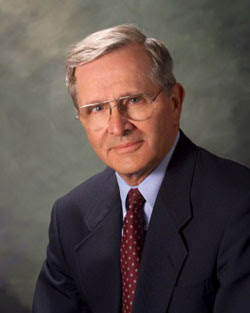 Dr. Deeb writes tales of the American Civil War. What stands out about his works is his attention to the smallest detail, the minutia. His research in preparing to write a story is impeccably on point and, in my opinion, his novels could easily serve as textbooks for other authors wanting to write about events of that era in our nation’s history.

Yet, research alone does not make for a stirring and moving story. The characters and plot must draw the reader in and sweep them along through the turbulence and emotions surrounding the circumstances the main character finds him or herself in.

Dr. Deeb has the ability to do just that - to captivate the reader in the period, the character, as well as the events, and the consistent reviews his work receives only serve to verify it.

His attention to detail and skillful portrayal of life have been recognized in that he now also writes book reviews for The Civil War News and New York Journal of Books.

You can find Dr. Deeb, his novels, and a few of his paintings at http://www.civilwarnovels.com/.

Q) What were the books or stories that captured your imagination as a child and put the thought in your mind you would like to write?

A) As a pre teen, I used to take the bus in downtown Grand Rapids after school and peruse the 'history book' stacks at the Grand Rapids Public Library while I was waiting for the YMCA to open for swimming. I can't recall any specific title or author. More recently, however, I have enjoyed the works of John Jakes, Bernard Cornwall, and Harold Coyle among others. I would say that Jakes has had the greatest influence on my writing style. 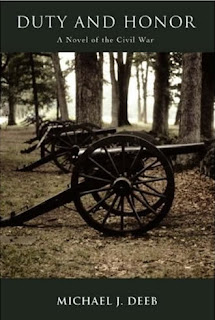 Q) DUTY AND HONOR, DUTY ACCOMPLISHED, and HONOR RESTORED is the trilogy surrounding a youth slapped into manhood by the Civil War. Who is Michael Drieborg, through whose eyes we see America at war with itself? How did this character come to be so vivid in your mind, you had to tell his story?

A) I needed a character; a young 'boy' typical of the time to place in the 6th MI Cavalry. This teenager had to be from a farm and of good character, who made a youthful mistake in his typical MI farm village. The Dutch came to western MI in large numbers just prior to the Civil War. My maternal grandfather was Jacob Drieborg. His father is the patriarch of the Drieborg family in my novels. The challenges faced by this young man were faced by tens of thousands of other young men 'boys' at this time. The challenges faced back home were typical of small town America as well. So, my stories are of both soldiers facing what they had to face and the folks back home dealing with their daily challenges, too.

Q) Amongst your numerous successes there is one that has to be at the top of the list - your wife Sally, five children, and ten grandchildren. You don’t sit. You avail yourself to any group or organization as a guest speaker in addition to book signing tours. How do you ensure your loving family remains number one in your life?

A) The nice thing about writing is that you can do it at home. I rise at 6 AM, work out, have a small breakfast and go to my computer. My wife has her work station alongside mine. We have developed a routine that we find acceptable.
Before I retired a few years ago, my days were spent running my accounting practice. After 20 years teaching US History et al, and earning my degrees, I went into business. Now I am a writer.

A) My painting is a super challenge. I am frightened to death of putting paint on a canvas. I force myself to do it. My writing is so much more fun, it is 'natural' to me somehow.

Q) You have been a teacher, served on the Michigan State Board of Education, owned and operated an accounting and investment advisory practice, and only now have turned to writing. What advice or encouragement can you offer those who believe they have a story to tell, but have yet to put pen to paper?

A) Enjoy the experience. I must admit that the first time I hit the send key and sent off my first manuscript to strangers, I was petrified. But, I did not perish. Most people in the 'business' understand and are reasonably 'gentle'. Take a chance - take a dive. Years ago, when an accounting/tax client would find an error or complain, I would thank them for bringing it to my attention. I do that now when a 'friend' reader points out a typo or something thought to be better said another way.
Posted by David Kentner -- KevaD at 7:07 AM