ReShonda Tate Billingsley has over two dozen acclaimed novels to her credit. She’s also reported for 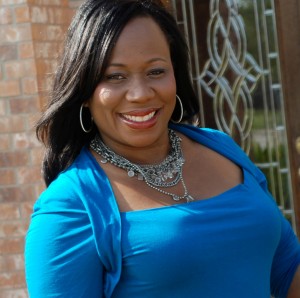 the National Enquirer, been a TV anchor, hosted a literary talk show, and earned the NAACP Image Award. In addition to her numerous other awards, ReShonda was also inducted into the Arkansas Black Hall of Fame. Add to this that she is a much sought after motivational speaker who has appeared on stage, and we begin to see a woman greatly involved with the world around us. And, when she discovered her daughter had made inappropriate posts on Instagram, ReShonda, the mother took immediate action and required her child to acknowledge the mistake on the same social media. Though we’ll be discussing her books, ReShonda’s character and humanity can never be understated. She is truly an inspiration, and I’m honored she agreed to this interview. Oh, yes, I should mention ReShonda makes an appearance in the movie “Let the Church Say Amen,” titled after her book, which is the story that inspired the film.


ReShonda writes…a lot. Her prolific work has covered nonfiction, adult fiction, teen fiction, and poetry. “My Brother’s Keeper” introduced author ReShonda to the world. The story of a family broken by violence, but refusing to surrender even when life said it should, garnered ReShonda the Golden Pen Award for Best New Author. She quickly spread her wings and many more books followed, including the nonfiction “Help! I’ve Turned into My Mother,” a collection of true stories about women, mothers, and children.


Though ReShonda continued adult fiction and nonfiction, she also ventured into Young Adult (YA) and Teen fiction. Her latest offering is “Rumor Central,” a tale of a young woman willing to betray her friends for fame, who then discovers that the knife she drove into their backs may well land a steel one in her own spine. The gossip girl has one chance to make amends before the clock stops ticking. 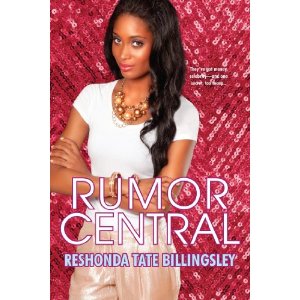 “Rumor Central” is a wonderful example of the author’s ability to combine thrills with humor and realistic characters. Though designed for teens, “Rumor Central” is an enjoyable read for all ages. And, as it’s the first in a series, be sure to stay tuned for “Rumor Central: You Don’t Know Me Like That” due out this September.
http://ReShondatatebillingsley.com/


Q) How on earth did you manage to add hours to the twenty-four hour day? You had to in order to do all the activities you’re involved with.


A) Lol…I don’t sleep. Seriously, I make use of every hour, minute and second. I believe every minute you spend talking about what you don’t have time to do could be spent doing it. I dictate everywhere; driving, cleaning, cooking, etc., which helps me churn out so many books. I’m normally doing more than one thing at a time. I have a daily to-do list (usually a page long) and scratch off as I go.


Q) You have accomplished so much on so many levels. How would you define your life to this point?


A) I am busy, yet blessed. I’m thankful that I’ve always had a blessed life. I have a wonderful family that has always been very supportive of me. I’m a writer who loves what I do so much, that I would do it for free. Luckily, I don’t have to. I’m definitely living my life like it is golden. But at the end of the day, I’m just an ordinary girl who strives to do extraordinary things.


Q) What outlet for your creativity does writing provide that your other careers haven’t? 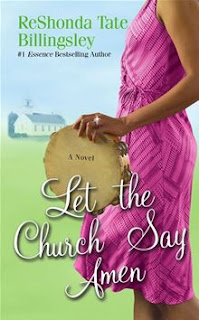 A) As a former journalist and news reporter, I have to report the news accurately. So by day, I stuck to the facts, but at night, I would lose myself in the world of fiction. Many people don’t know this, but I used to work as a reporter for The National Enquirer, but even then, I couldn’t just make stuff up (Yep, you heard me right. Most of the stuff in the Enquirer is true!). When writing fiction, I can be as creative as possible. I’ve always loved writing and making up stories. My mom calls it lying. But my first real memory is fifth grade, when I lied about what I did on my summer vacation. I said I dodged bullets in drivebys, watched elderly ladies get mugged and struggled to stay alive in the ghetto. I actually went to summer camp.


Q) You go to great length to ensure your teen books are free of profanity and anything you deem inappropriate. Basically, you remind readers that a great story doesn’t have to involve cursing and sex to keep us enthralled. Do you ever get pressured to change that viewpoint?


A) No, I don’t get pressured to change my viewpoint. Parents are always thanking me for writing stories that they don’t mind their teenagers reading. I decided to write teen books after my nieces visited one summer. I told them to go into my library and find a book to read. They chose books that some adults don’t even need to be reading. That’s when we found out that there wasn’t many books that targeted their age group that they felt weren’t boring. Teenagers want all the drama. I wanted to show that you can have a page-turning, drama-filled story without profanity and sex. 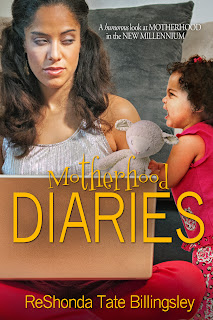 Q) You write fulltime now. How has that affected your home life?


A) My husband & children are so supportive. They know when I’m knee deep in writing because I have deadlines to meet. My children help with chores. My oldest prepares a lot of the dinners. I can also depend on my sister to help out as much as possible. Now that we’re both caretakers for our mother, there have been some changes, but it doesn’t matter as long as we have her here with us. The biggest problem I have is getting folks to understand I DON’T sit at home nibbling on Bon-bons and watching the Soaps. I really do have a job. I just happen to do that job from my living room. In my pajamas.


Q) Any parting thoughts for fans and potential new readers?


A) My fans and readers have encouraged, supported and uplifted me in ways they’ll never know. I appreciate all the emails, FB posts, the constant messages, tweets, and just encouraging words. Because of them, I keep going. I hope that I can continue to inspire through the written word.
DA Kentner is an award-winning author www.kevad.net 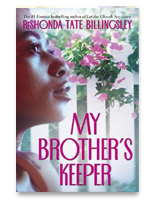