An Interview with Author Amber Green 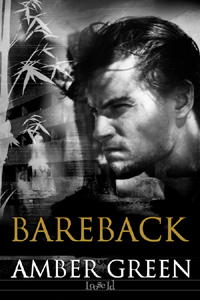 If Amber Green wrote bistro menus, each would convey a variety of suspense and intrigue within light pastry folds of premières, quick wit.


She is the living definition of wordsmith and undoubtedly rivals the CIA in her knowledge of people, cultures, and traditions.

A born and bred Southern girl, she continues to make her home in the Deep South. Only the sun can match the size and warmth of her heart and on any day, numbers of friends and relatives can be found milling about her home enjoying her hospitality and home cooking. Most stray animals in the area wind up on her porch for a free meal, a warm bed, and a bath. She is a woman devoted to family.

Her favourite quote sums up her staunch support of our country.

"We cannot defend freedom abroad by deserting it at home." Edward R. Murrow.

The fact she donates proceeds from book sales to purchase comfort items for our troops says even more about her.

Yet somewhere in all of this she manages to pen stories that will knock your socks off and curl your toes. Her descriptions of people and places are so vivid, so exquisitely detailed, the reader swears they have met the characters, walked the streets, and inhaled the fragrance of local foods.

A word of warning – Amber doesn't write for the sexually moral community. And that has to be the lone reason this author has yet to become a household name.

Is she planning to go mainstream? We'll have to ask her.

Q) What stories and books caught your attention as a child and inspired you to write?

A) Walter Farley's Black Stallion series captivated me. Also, my sixth grade teacher--desperate to shut me up, I think--handed me a tattered copy of The Fellowship of the Ring. Oh, I hated having to hand that back! For the next couple of years, I thought it was a one-off with a strange ending. I couldn't stop thinking about why a book would have been written that way, and what would have happened after "Yet we may, Mr. Frodo. Yet we may." I think all that wondering might have twisted my mind a bit. (Something did; let's blame kindly old Professor Tolkien!)

Q) What edge do you believe your Southern upbringing has added to your writing?

A) Air conditioning was far from universal when I was a kid. The house was too hot to be comfortable long after the evening air cooled off outside, so after supper everyone sat outside on the steps or on the porch. The grownups talked. They told stories. They told jokes. They handed down bits of history, disguised as gossip, and gossip disguised as history. We kids spent as little time as possible practicing our band instruments and as much time as possible playing tag or hide and seek, or catching lightning bugs in mason jars. Those of us who weren't that much into the game, or who were older or younger than most of the kids playing, sat on the steps and listened. Or read under the porch-light. When the mosquitoes drove us indoors, we'd read or watch TV. Bear in mind that most places I ever lived had three channels, two of which heavily overlapped one another and a third that came in all buzzy and grainy, so TV wasn't a great option for entertainment. Another factor was the southern sports culture. I couldn't see well enough to keep track of what was happening on the field, but not going would have been socially impossible. So I spent hour after hour trapped in the stands, either reading or playing out scenarios in my head--re-writing the plots of TV shows I'd seen and picturing the actors playing out my version, or mentally finishing books I'd had to give back before I read all the way through.

Q) Let's get to it. Your mastery of story telling deserves a greater fan base. Are you planning to go mainstream? If so, when? If not, why not? 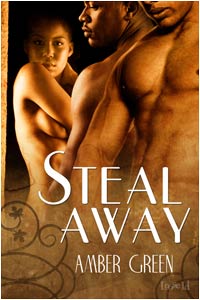 A) I'd love to go mainstream. For the longest time, I thought the story I'm writing now, Khyber Run, would be my mainstream story. But the story wouldn't go there, and the more I tried to make it work, the more stiff and awkward it felt. Now I'm letting the story go where the characters need to go, and we're all happier. I'm in a good place right now. The small presses and epubs give me a great deal of flexibility. If or when I go mainstream, the pressure to produce will become much stronger. So really, I have no answer for you.

Q) Your characters are so believable, yet, so varied, where do they come from?

A) Working out characters, then deciding what they'd do in a given situation and why, takes up the vast majority of my writing time. Once I get the characters clearly drawn in my head, everything else is easy. When I was in college, I played role-playing games (Call of Cthulhu, Dungeons and Dragons, Traveler, Aftermath!, Twilight 2000, Chivalry and Sorcery, Gamma World, Boot Hill, you name it) obsessively. Though I really didn't have that much fun playing as a character, I liked making up characters and watching other people interact in character--seeing if they would act as I expected, and what happened when they didn't. I don't play anymore because the same energy goes into writing. Sometimes I start with a stock character with a few minor changes or a major change, like I would developing a game character, and run him through a couple of scenes. Playing out what "works" in my head defines the character as an individual, often moving him rather far from the stock. If I feel like I'm close but still not quite clear about what makes a character tick, running him or her through an online personality quiz really helps.

Q) In a perfect world, on a perfect day, how would you spend your morning?

A) My husband would bring me coffee without grumbling about how early it is, then we'd both play with the puppy, then I'd read while my husband scrambles breakfast. After breakfast (omelette with salsa and home-grown eggs, washed down with "lemonade" from our limequat tree) I'd spend the rest of the morning alternatively writing and flea-combing the cats. Oh, and nobody would get arrested.
Posted by David Kentner -- KevaD at 11:27 PM