An Interview with Effervescent Kristina McMorris 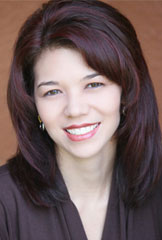 Kristina McMorris has been in the media spotlight most of her life. At age nine, and for the next five years, she hosted an Emmy and Ollie award-winning children's TV show. Pursuing her affinity for acting, Ms McMorris joined the cast of Days of Our Lives for a time, and performed a comedy sketch with Jay Leno. From 2001 – 2008, she hosted the WB's Weddings Portland Style. Add owning her own full-service wedding and event planning business (Best Kept Secret) and serving as Director of Public Relations and Special Events to the Yoshida Group for ten-years, and you tend to get the idea Ms McMorris doesn't sit still very often.

However, a very special man managed to hold her heart in one place long enough to convince her to marry him and give birth to their two sons. The family continues to reside in the Pacific Northwest.

But, we're not done yet.

Ms McMorris became a contributing writer to Portland Bride and Groom magazine. Now that Kristina possessed professional writing experience, Ms McMorris’s grandmother called upon Kristina to do her a small favor – type up a few of Grandma's recipes for the grandkids. Over a thousand recipes later, the small favor became the self-published cookbook "Grandma Jean's Rainy Day Recipes" with the proceeds going to aid the Food Bank.
One day Grandma shared with Kristina the letters she had saved from her beau and future husband, a WWII navy man. The letters had carried the young lovers-to-be through the war and home again. Her grandparents' love story contained in those letters ignited a flame within Kristina that eventually became her debut women's fiction novel, "Letters From Home," an intricately woven tale of love and deception. A portion of sales proceeds benefit United Through Reading®, a nonprofit organization that video records deployed U.S. military personnel reading bedtime stories for their children.

Currently, Kristina is hard at work on her second novel for Kensington Publishing.

Q) You are so incredibly devoted to your family, how do you juggle all you do and maintain such strong ties?

A) You mean, aside from not sleeping much?...

Seriously, though, it's always a challenge to maintain a healthy balance -- as so many parents know. I'm fortunate in that I indeed love my job, and since I can write anywhere, I also have the luxury of being home when our kids return from school every day. On the other hand, working out of the house can make it especially difficult to limit my "office hours." So I simply do my best to stay aware in that regard, and to not only be present while spending time with my children, but to actually make them feel a part of my literary journey. 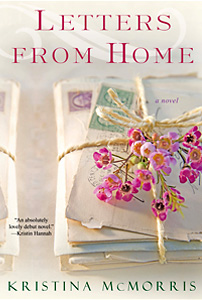 Q) Near death as a newborn, you credit Seattle Children's Hospital with saving your life. As an active advocate for children's health, what message would you like to share with parents?

A) My parents were barely making ends meet when I was hospitalized for severe jaundice. After a week of intensive care that saved my life, the nurse presented a bill for only $250 and simply encouraged my parents to "give back" one day if they were able. It's that spirit of "paying it forward" that we could never have enough of in this world. Being half Japanese, I'm touched by how many people are doing just that for families in Japan today.

Whether for good health or a solid roof overhead, it's always a helpful reminder to appreciate what we're given.

Q) I heard you have a children's picture book completed. Can we expect to see that on the bookshelves in the near future?

A) Wow, you've done your homework!

Since my children won't be old enough to read my wartime novels for quite some time, I penned a children's picture book to tide them over. It prompted plenty of giggles among them and their friends, so during a pause between deadlines, I decided to aim for picture-book publication. Well, that pause didn't last long, plus I realized it would be wiser to remain focused on my current career path than to dilute my efforts -- at least for the time being. So for now, that manuscript is in a drawer. But hopefully someday I'll be able to share it with others.

Q) For authenticity sake, you interviewed WWII veterans. What affect did hearing their personal stories have on you? 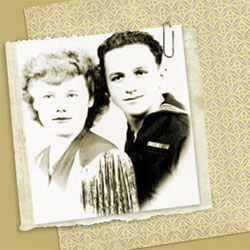 A) While researching for my new novel, LETTERS FROM HOME, I've been deeply moved by memoirs from various veterans, ranging from GIs in European trenches to nurses in the Pacific Islands. But interviewing vets in person has by far been the most rewarding experience. I'll never forget a Japanese-American man tearing up as he recounted the night his unit shot down a squadron of Japanese fighter planes, one of which he later discovered had contained his brother. Nor will I forget another WWII veteran who, after generously combing my manuscript for any historical errors, looked me in the eye and simply said, "You got it right."

How could any other compliment compare?

Now when I see elderly strangers, I view them in a very different light. I often find myself trying to imagine what kind of life they've had, or what they looked like in their youth, and if time and opportunity allows, I enjoy asking them questions.

Q) Not to be maudlin, but with all you have done and will do, what is the one accomplishment you hope your children will be proudest of?

A) No doubt, it's been a treat having them see "Mommy's book" on store shelves. What I'm proudest of, however, is that through my literary accomplishments, along with a folder of rejection letters, I've been able to provide them with tangible proof of what determination can bring. And I'm happy to say that it seems to have worked. For just after they helped me cut open my very first box of galleys, rather than exclaiming "That's so cool" or "You're so lucky," they both hugged me and said, "Mom, I'm so proud of you. You worked so hard."

That's when I fully realized the lesson they had learned, and for that I'm extremely grateful.
Posted by David Kentner -- KevaD at 9:52 AM