An Interview with Author Joel Goldman 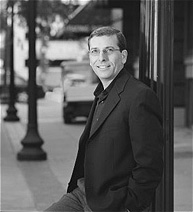 Joel Goldman is a former trial lawyer who has authored a number of acclaimed novels in which he occasionally – much to my retired cop amusement – murders an attorney or two.

A fourth generation Kansas Citian, Joel and his wife continue to make their home there.
Mr. Goldman's novels routinely receive award nominations and his short story "Knife Fight" was optioned by Sony Television for development as a series.

His latest release, "No Way Out," is the third novel starring former FBI Agent Jack Davis. What makes Davis such an unlikely and unique thriller hero is a rare movement disorder similar to Tourette's Syndrome, a neurological disorder characterized by repetitive, stereotyped, involuntary movements and vocalizations. It's a condition Mr. Goldman is all too familiar with as he, himself, suffers from this affliction.

But this disorder is also what sets Joel Goldman apart from so many of us. He opted to challenge the disorder on his own terms and, in turn, has made it a podium from which to launch an unforgettable literary hero.

In Mr. Goldman's own words: "Although we often can't choose what happens to us, we can always choose what we do about it."
www.joelgoldman.com/books.php

Q) You hold a deep appreciation for the workings of the mind and the science and research associated with it. In that same vein, one of your three children is becoming a Clinical Psychologist. To what do you attribute this now familial interest?

A) The brain is what makes us who we are. As a crime novelist, I'm most interested in what happens when things go wrong, especially when we think no one is looking which, inevitably, leads to another question I always ask my characters - what the hell were you thinking? I like integrating brain science and psychology into the answers to those questions.

Q) I have to ask since you readily mention this in interviews. What on earth possessed you to ask for your mother's opinion and insight about any sex scenes you write?

A) In my defense, I didn't ask. To her credit, she volunteered her opinion. My mother didn't just think I walked on water, she thought I taught walking on water. So if she had any criticism, I always paid close attention. 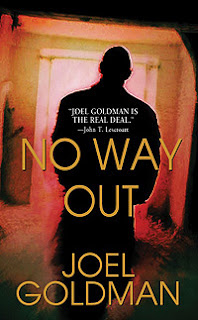 Q) In "The Dead Man" you display more than a bit of architectural talent, which leads me to wonder if you ever studied or considered pursuing such a career. What other hobbies or pursuits do you have?

A) I never thought about being an architect but I try to paint realistic word pictures that put the reader at the scene. A year or so ago, I became interested in doing voiceover work. I started studying with a voiceover coach, recorded a demo and hired an agent. I've been auditioning but haven't landed a gig yet. However, I was hired for a non-speaking role as a doctor in a TV commercial, allowing me to finally use the old line, "I may not be a doctor, but I play one on TV". I've learned that there's a lot more acting in voiceover work than I imagined so I've enrolled in an acting class at our local community college. I'm also teaching an online course on the American Detective Novel in the graduate program of a local university.

Q) Unlike a number of writers, you turn your novels' physical scenes or settings into a subtle character all its own. Why is breathing life into the setting so important to you and what do you hope the reader gains from your almost artistic descriptions?

A) I believe that place should be an important character. It can shape, define and motivate human characters and plot. Without a strong sense of place, a story exists only on the surface. There's nothing to support it and give it context.

Q) Most folks don't understand what a solitary profession writing truly is. What do you and your wife do together to reconnect and recharge once you've finished a manuscript?

A) Writing is a solitary profession but it doesn't have to be a lonely one. I do most of my writing at my Starbuck's office so when my wife and I are together, we're tuned into one another.
Posted by David Kentner -- KevaD at 9:51 PM