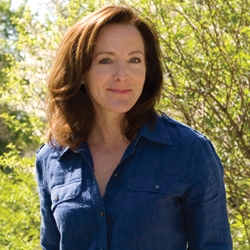 To borrow from Jamie Freveletti's web site: She "is a trial attorney, martial artist, and runner. She has crewed for an elite ultra-marathon runner at 50 mile, 100 mile, and twenty-four hour races across the country, and holds a black belt in aikido, a Japanese martial art." Let's add she's also very devoted to her family. However, Jamie has since placed her attorney status on "inactive" to pursue writing fulltime.

Yet, somehow this amazing and determined lady managed to write "Running from the Devil," which was chosen as a “Notable Book” by the Independent Booksellers of America, awarded "Best First Novel" by the International Thriller Writers, and awarded a Barry Award for "Best First Novel" by Deadly Pleasures Magazine. Not to mention the book became an international bestseller.

So, how do you follow that introduction to readers around the world? With another award-winning novel, of course. "Running Dark" became a bestseller and won a Lovey award for Best Novel 2010. 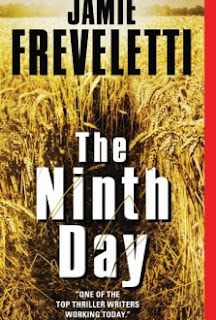 Now Jamie has released "The Ninth Day," the third offering in her action thriller series featuring biochemist Emma Caldridge. Emma inadvertently stumbles upon human traffickers. Taken to Mexico, Emma learns of marijuana fields infected with a horrible disease that kills within nine days, and a plan for distribution. She also discovers she has been infected and only has nine days to come up with a cure and stop the shipment before it arrives in the United States, or die trying.

Much has been said about Jamie's strong, self-reliant character, Emma Caldridge, and how female adventure stories tend to be overlooked and underrated. For me, the fact is without skilled writing, without a story and plot that rivets me to my chair and keeps me turning the pages until my wife gives up trying to talk to me, who or what the protagonist is or isn't simply doesn't matter. Any story, no matter what genre, requires a mind and level of expertise capable of producing tales that capture the reader's interest, attention, imagination, and breath. And that is precisely what author Jamie Freveletti does.
Jamie's Web Site


Q) What made you decide to write, and when did you ever find the time?

A) I was working on a difficult trial and at night felt as though I needed to unwind so I began writing a novel late at night after putting the kids to bed and when the house was quiet. I just kept going!

Q) The Estate of Robert Ludlum selected you to write the next installment in the Covert One series. Forgive my envy and open jaw, but how did it feel to receive that honor?

A) Wonderful! Amazing! (And my jaw dropped as well after my agent told me that I had been chosen). Robert Ludlum’s The Bourne Identity is one of my favorite thriller books, and just before I learned of their interest I had blogged about how he made me want to be a thriller writer. Don’t know if they saw that before they contacted my agent, but I was glad to have it out there! The manuscript is complete and the book should launch in Fall, 2012.
Q) I've read your first published piece was actually a poem you wrote at the age of twelve for a book Carol Burnett produced. True? If so, what was the poem about?

A) That’s true. The Carol Burnett Show was a favorite in my family and we’d watch her every week. When I was twelve my elementary school teacher told us that Carol Burnett was launching a nationwide contest for children’s poems to be included in an anthology. I jumped at the chance and my poem was chosen! It was about progress and the pollution that sometimes results from it. 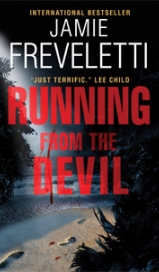 Q) There are those who make the erroneous assumption you are a male writing thrillers. How do view this sometimes gender-swayed supposition?

A) I’ve been made aware from reader emails that many think that I write thrillers that are “like those that men write.” Emma Caldridge is a female protagonist who is a biochemist and ultrarunner. She’s like a lot of women that I know: straightforward and curious. I’m not exactly sure why readers make this comparison, but she is a hero, acts alone in the world and is not a sidekick or part of a team.

As a woman she doesn’t often beat up her adversaries like some male protagonists would, but instead she’ll use her intellect to overcome obstacles or pick up a weapon if need be. She’s been making slow steps to gaining proficiency at weapons: in Running From The Devil she learns how to shoot an AK-47, in Running Dark a pilot that flies the (legal) khat drug route in Africa teaches her how to shoot a rocket propelled grenade launcher.

Q) How have the demands of writing and the traveling for public appearances affected your family?

A) Actually, I’ve been home a lot more since I no longer have to commute back and forth to an office. I only tour a couple of weeks a year, so that’s not so bad at all and my husband has been able to work his business travel schedule around mine. During the tour for Running Dark we cut it a bit close and his plane was delayed and mine early, and we ended up bumping into each other at O’Hare airport. Since it was lunchtime and the kids were still in school we ate a nice meal together before he took off. We still laugh about that! 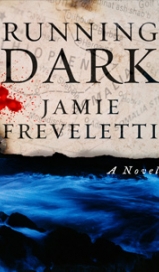 Q) Source: Chicago-Sun Times. "Chicagoan Jamie Freveletti thinks it's only natural that so many successful trial lawyers have become best-selling novelists." What inherent edge do you believe trial lawyers have over non-attorney authors?

A) As a lawyer you learn to listen to a client’s version of events (“the story”) and tell it again to a judge in a way that makes sense. It’s great training to write!

A) Just to thank them for taking the time to read my novels. I really appreciate it!
Posted by David Kentner -- KevaD at 9:56 AM