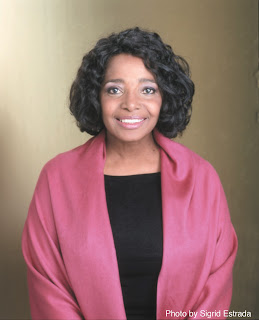 Mary Monroe’s life could easily be a bestselling book. The daughter of Alabama sharecroppers, Mary was the first and only member of her family to graduate high school. She never went to college; never attended a writing course. What she did have was a passion for reading, and for storytelling. She taught herself to write at age four, and the stories haven’t stopped.


Mary’s first novel “The Upper Room,” the tale of a girl raised in a migrant settlement in the Everglades by a healer and rumored murderer, received solid reviews and much acclaim in the U.S. and U.K. Little did Mary know it would be hundreds of rejections and fifteen years before she saw her second novel published. Kensington Books contracted “God Don’t Like Ugly,” a story of friendship and unspeakable, life altering secrets which won the PEN/Oakland Josephine Miles Award, and, as has been said before, the rest is history. Mary’s dedication, perseverance, and well-crafted talent had found a home. Since then, Mary’s poignant stories about the dynamics of family, friends, and lovers have received more awards and a growing mountain of accolades.


Now her novel “Lost Daughters” is being released. “Lost Daughters” returns readers to the character of Maureen Montgomery, introduced in “The Upper Room,” and the life she’s made for herself and her daughter after the death of their family matriarch, Mama Ruby. In the hope of finally living a normal life, Maureen marries a man she doesn’t love to make her family complete. But even as she strives to create a loving, supportive home for her husband and teen daughter, Maureen can’t escape the secrets of her past…or their connection to new betrayals from the family she thought she knew so well….


“Lost Daughters” is a brilliant read. The writing is crisp and fresh; the mechanics clean, and the plot 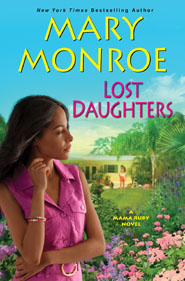 thrilling, if not a touch disturbing. This is a book I absolutely believe readers will enjoy, and leave them reaching for Mary’s other books.


Q) Amidst the masterful tales you write, you acknowledge that there is an edge of autobiography – your own life – infused in each one. That fact leads me to ask, why not write your story?


A) All of my books are based on something that happened to me or someone I know. I can’t wait to write the “real” story behind the stories depicted in my novels! I am still collecting material from an older relative (whose memory is better than mine) so that I can write an accurate story. I hope to have my autobiography completed within the next year or two.


Q) I have to ask; where did the character of Mama Ruby come from? Ruby is one of the most interesting and complex characters I’ve read about in quite some time.


A) Mama Ruby is a composite of some of my deceased female relatives. They were big, beer drinking ladies who lived by their own rules. However, none of the Mama Ruby “models” recognized themselves in this character—but everyone who knew them did! None of these relatives murdered anyone (that I know of…), kidnapped a baby, or committed most of the other crimes that Mama Ruby committed.


Q) You once said if you could be anyone, it would be Cinderella. In the sense that you have overcome the odds against your success, I think you’ve achieved that dream. What do you think?


A) It was a very long journey for me. I had to overcome a lot of obstacles before I found success. I don’t take anything for granted and I still have to work very hard to maintain my success. But anyone who works hard enough can succeed--even without a fairy godmother or a Prince Charming. However, I would like to have one of each…

Q) In addition to the expected book tours that include bookstores, libraries and such, you have also done book readings and signings in prisons. How did that come about?


A) I was surprised when I began to receive email and letters from people behind bars. One woman, who is doing a life sentence for murder, sent me a letter. She said she was sorry for her crimes but that she was glad to read about people like Mama Ruby and how she committed crimes and didn’t get caught. I get tons of mail from teenagers behind bars because some of them can relate to the young people in my books who made bad choices. Authorities at two different local youth facilities often invite me to come speak to their kids because I am one of their favorite authors.


Q) You have accomplished so much, still, there has to be a goal you haven’t managed to grab yet. What is it?


A) I am a movie addict. I watch several hours of TV movies each day and I go to the movie theaters on a regular basis. When I write a story, I always picture certain actors and actresses playing my main characters. There is nothing I want more than to see one of my books made into a TV movie or a movie for the big screen. It’s one of my main goals. 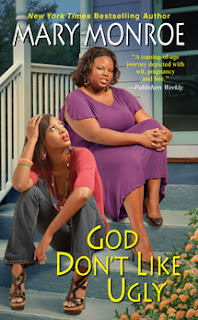 A) I have several new books with all new characters in the works. I encourage my fans and readers to submit their comments, suggestions, and story ideas. Critical comments are welcome too--as long as they are constructive! Some of the material in my current books came from ideas submitted by fans. I would like to thank everyone who read my books.
DA Kentner is an award-winning author www.kevad.net