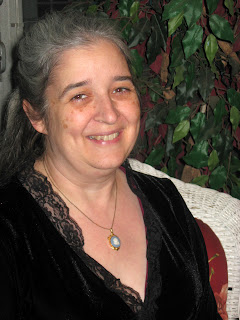 
On the one hand, S.D. writes the “Sitting In The Stands: A Fan’s View” column for Frontstretch.com, an e-zine dedicated to NASCAR fans. Her other persona pens some very interesting romance e-books, not the least of which is her latest release “The Heart of the Dragon.” One minute S.D. is debating the upcoming racing season, discussing the potential of debut drivers, and the next she’s engrossed in spinning a tale replete with castles, paranormal characters, imaginative plots, and a love conquers all theme. I also happen to know she’s hard at work on a young adult novel of ghosts and first love.


S.D. made her debut with “The Shape of a Woman,” a contemporary foray into a woman’s life on the brink of failure, and the man who just might bring a little magic back into the bedroom. Other stories and books followed, including the award-winning “The Forgotten Princess” which set the medieval tone laced with love and danger for future works. Hang on! S.D. also enjoys a little cowboy flavor. Last year’s release, “A Widow’s Justice,” is the story of a widow sworn to rebuild her life and reap revenge on the men who killed her husband.


“The Heart of the Dragon” sports cover art reminiscent of Harlequin. However, the story is anything but traditional or expected. The heroine is given by her father to a blood thirsty knight in order to save the family lands. Why the strong warrior fights only at night becomes but one of the mysteries and dangers the heroine encounters. This isn’t a story for diehard historical fiction fans bent on one hundred percent accuracy as S.D.’s prose does at times allow a little peppering of contemporary conversation onto the page. There is also some violence consistent with the period and the paranormal atmosphere. That said, romance fans can be rest assured of a happy ending, though the winding path is rife with danger and hot nights behind the castle walls.


While S.D. may write about gowned damsels and stalwart knights, or a deadly bandit allying with a western widow, the best place to find the author is in an RV in the middle of a racetrack.
http://queensdomain.blogspot.com/ 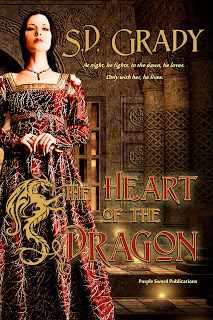 Q) What took you from contemporary to focusing on stories more historical in nature?


A) The historical bent is actually a return to my roots.  I had never realized just how many of my favorite tales featured kings and queens--real or not--until I listed my "keepers" on Goodreads.  I ended up visiting the contemporary world as an author when I pushed my boundaries and entered into the world of erotica.  Somehow hot and sweaty nights under the covers never appear in my imagination replete with corsets and hoops.  The extra fabric just gets in the way.  But when I want to explore a tale that grows beyond ordinary life, all the extra trappings, pomp and formality of the historical genre pipe up and demand their place in my settings.


Q) You wrote “Dinner and a Movie,” which is hardcore erotica. Your other works tend to reveal a writer who prefers to let her imagination take control and create vivid worlds beyond the ordinary. How would you describe your writing?


A) Passionate.  All of it. Every tale and even racing commentary touches on the things in life we are passionate about.  "Dinner and a Movie" touched on the primal instincts we all own and let it loose. In "A Widow's Justice," Abigail knows one thing--her life in toil keeping her husband's ranch was far more liberating than the life she left behind, and she'll do anything to keep it. For NASCAR, there is nothing quite as compelling as acknowledging the visceral reaction one has to the thunder of fast machines.  And for "The Heart of the Dragon," Lady Yelena must protect her family, even if she can't understand how her husband is doing that.


Absolutes. There's no yes or no, there only 'is.' That's where we find our passion.


Q) “Blue Smoke and Burnt Rubber” combined your passions of romance and racing. Will we see more of this type of tale from you, and why have you limited yourself to just the one story so far?


A) "Blue Smoke and Burnt Rubber" is actually a racing mystery I wrote as a serial for The Frontstretch. I was admonished, "No kissing or guns on pit road."  And so I wrote it.  We didn't pursue further serials at the racing site, but that doesn't mean my to-be-written pile is devoid of further racing stories.  I think writing the weekly commentary keeps my racing muse happy enough that the fantasy/historical one wins out when it's time to pen another fictional tale.


But one day "Driver XX" will find the light of day.  However, by the time I get there the story of women in racing will have far surpassed the original plot line.


Q) You married your college sweetheart. Here’s a chicken vs the egg question: Which came first, NASCAR, or the man?


NASCAR, but only by about a year.  I caught the racing bug while searching for something to watch on TV while I crocheted.  Within that first year, I met my future husband.  And guess what?  He knew who Petty and Earnhardt were. The rest, as they say, is history.


Q) So, who are your top new NASCAR drivers to keep an eye on?


A) Jeff Gordon was my first, and I'm still loyal.  I'm coming to terms with Earnhardt Jr. being on the same team, and I know the feeling is mutual.  Our current champion, Brad Keselowski is a huge favorite.  He's going to bring back some of the grittiness the sport has lost without the obnoxious bent that a pair of brothers have introduced.  And finally, the Nationwide Series has an amazing rookie this year by the name of Kyle Larson.  That young man just might change our sport, a bit like what Gordon accomplished in the early 90's.  Okay...I'm sure all the romance readers needed to know that :P 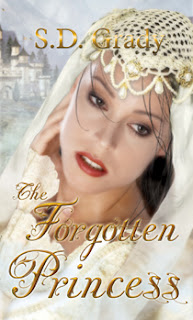 Q) Any parting comments for fans or those yet to read your stories?


A) I always love to hear from my readers.  It might even beat out a race....  Either way, you can find me on the worldwide web at http://sdgrady.info
Follow me on Twitter: @laregna
Like me on Facebook: Author.SDGrady
DA Kentner is an award-winning author www.kevad.net
Posted by David Kentner -- KevaD at 10:35 AM