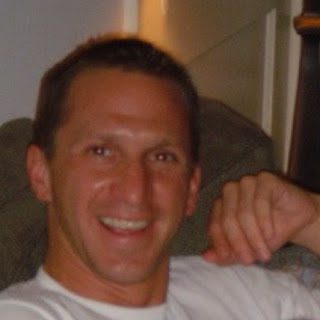 Matthew Alan is a college swimming coach who lives in Pittsburgh, PA. He has also released his self-published debut novel “One Degree.”


“One Degree” is a story of how family, friends, and circumstances shape our growth. Matthew tells an interesting story that begins through the eyes and perspective of nine-year-old Karl and follows his growth as he experiences life. The reader is privy to all Karl’s decisions that alter his life path, all the way to and including his death seventy-three years later. This is a good story written by an up and coming author worthy of being read.


That said, and in all fairness, the book does contain some editing flaws that purists may find slightly distracting. There are also a multitude of one sentence paragraphs. However, the story and the writing are strong enough to hold the reader’s interest to the book’s satisfying conclusion.


Now, normally I might end this introduction by saying “One Degree” is well worth readers’ time and money. But Matthew also self-published a novella titled “The Hero,” and that is the story that really made me sit up and take notice. So much so that I asked author, book reviewer, and fellow Rainbow Awards judge Tom “T.A.” Webb to read “The Hero.”


Tom’s verdict? “I was fascinated.” Tom also found Matthew’s writing and story to be “enjoyable and interesting.”


You see, “The Hero” wasn’t what either of us expected, not at all. “The Hero” is about a gay superhero who agrees to be interviewed by Anderson Cooper. Through the author’s mastery, the character’s complexity is unveiled as The Hero identifies and comes to terms with what is expected of him versus his own hopes and dreams. This is one of those stories that could inspire debate and discussion on a variety of levels. It’s thought provoking, and yet told in a manner that allows for an easy, very entertaining read.


“One Degree” and “The Hero” are as different as night and day but manage a commonality through character development. They both offer insight to a talented author we all should keep an eye out for to see what he does next.


Q) “One Degree” was a seven year labor of love. What was it about this story that held your interest 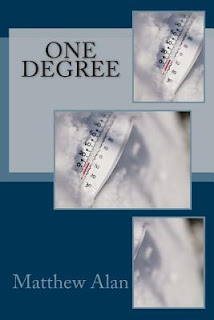 to work on it for so long?


A) I’ve always loved the idea of teaching through example, and “One Degree” contains many ideals/life lessons that I value, as well as a few personal aspects from my own childhood. As I became more comfortable in my writing and gained a better perspective on “my voice”, the story kept evolving. Constantly changing and re-working the two POV’s and adding elements that continued to layer the storyline until I was satisfied with the outcome. That process, and the fact that I like to work on a project for a few months and then take a break from it to see it with fresh eyes, kept me coming back to this novel. Since I usually only have an hour or two at a time to write/edit, my process has been slightly slower, especially during my coaching season.


Q) Obviously, I have to ask: What inspired “The Hero”?


A) Superheroes and individuals that manipulate incredible power have always fascinated me. “The Hero” came to me as an idea that even the most powerful person on the planet would face struggles, feel alone at times, and hide intimate and perceived embarrassing parts away from others. I also grew up in a time when sexuality was such a taboo subject. And watched older friends and relatives remain closeted even after events started progressing in the world of Gay rights. “The Hero” is a combination of those passions and interests.


Q) Why opt for the interview setting in “The Hero” and not an action story where his inner self is revealed?


A) I just loved the idea of getting such a charismatic person to open up in this type of intimate and honest environment. And I thought Anderson Cooper was the ideal person for such an historic and sensational event. The interview goes against every aspect of Mr. Matter’s past behaviors and semi-reclusive beliefs, and yet it is his idea. I hope his strength and conflicting vulnerability, as he tries to face his past and reconciles it with his public façade, come through in the story.


Q) What can and should we expect from you in the future?


A) A book entitled “Cristman”. A science-fiction story – it is set in the Wicca based belief system, and focuses on a family facing unexpected challenges in Portland, Oregon. The first book in the trilogy is nearly complete.


I am also finishing a novel entitled “What We Leave Behind.” A story about love, loss and growth. It is one of the saddest and yet most uplifting books I’ve written so far.


I enjoy mixing up my writing depending on my different moods…alternating heavier reads that challenge people to think, with lighter, beach type works as well. 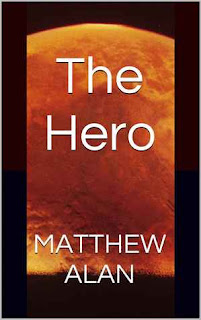 Q) Any parting comments for fans and readers not familiar with your work?


A) I love writing. Love being able to tell a story and try to share an idea with someone who I’ve never interacted with. Whether it’s getting a reaction from someone who agrees with every sentence, “Yes! That’s exactly how I think!” or facing a reader who just glances a few common truths that touch them, my goal is to try and present honest ideas that we can all relate to at some level. More than anything, I want a reader to finish a book of mine feeling a little more connected with the world. That has been my goal in my coaching, my writing and my life. I hope you enjoy them!
DA Kentner is an award-winning author www.kevad.net