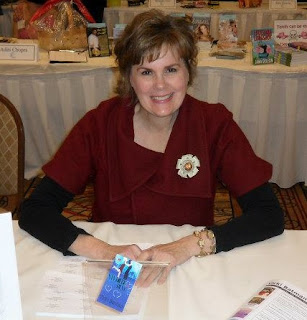 Texas born Vicki Batman has worked as a lifeguard, ride attendant at an amusement park, in a hardware store, department store, book store, antique store clerk, as an administrative assistant in an international real estate firm, and been the “do anything gal” at a financial services firm. She also writes good, clean romantic fun.


Thus far her publishing path has been Ebooks where writers such as Vicki can easily become lost in the constant waterfall of new books. It takes a strong, unique voice to stand out amongst thousands, and Vicki does that by breaking a mold that came from I’m not sure where. There is certainly an audience, and deservedly so, for paranormal vampires, werewolves and other such former monsters now mutated into hot, sexy characters whose black hearts beat pure lust for the woman of their nightmares. Erotica is everywhere these days, including network talk shows. And then there’s Vicki Batman.


Vicki eyes the routine, the everyday encounters we all have and transforms them into the potential romances many folks allow themselves to fantasize about. She writes the ‘what ifs’. What if that breath-takingly handsome store manager was in fact single, available, and knew how to talk to children? What if your new neighbor really was a nice guy without a history of orders of protection, didn’t bay at the moon after his third six-pack, had no warrants for his arrest…and no girlfriend? What if your single boss suddenly found a fresh smile every time he passed your cubicle? What if you wanted to read short, humorous, romantic situations that left you feeling good about yourself and the world around you?


“Little Birdie Who…” is one of Vicki’s latest releases. It’s three short stories in one book written in 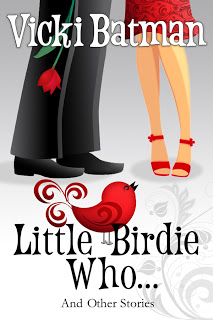 the author’s trademark style of lighthearted romance devoid of sex and profanity, yet filled with curiosity, hope, and the potential for a happy-ever-after ending. “San Diego or Bust” follows a woman’s romantic weekend getaway where a disaster reveals Mr. Right might be Mr. Wrong. And, with Christmas on the horizon, readers should definitely consider “Twinkle Lights,” a wonderful tale of building trust. Oh! She was also once crowned Miss Oak Lawn Moped.


Q) In an era where erotica is vying to be the king of ebook romance, you chose not follow that path. Why?


I love writing about ordinary people and their romantic life. Sorta like when you least expect it…. Wham! Romance hits. No one can predict where the heart will lead us.


Funny is serious underneath. Even in a humorous book, there is a moment when a couple recognizes the tingles are sexy as well as dark and mysterious.


Q) You are a devoted fan of mystery and the late Dick Francis whose stories revolved around horse racing. So, why haven’t you focused more on that genre?


A) I began writing with a humorous, romantic mystery. After working and revising, I submitted it to traditional publishers because the market was predominately there. And got "great writing," "funny," "but where do we put it?", etc. Kinda sad to get all those rejections.


Then, writing short fiction hit. And I've done a lot. Lately, my friends began asking when I would submit/sell my book(s--as there are three) again. So I have and maybe I'll have some NEWS soon. VBG.


Q) Many authors try to inject humor into their stories. Why do you think your humor works? 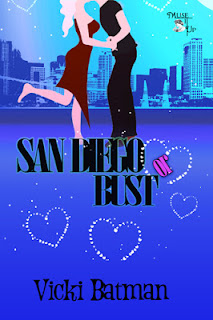 A) Does it? Thank you so much. For me, the greatest compliment I get is when someone tells me I made them laugh.


Several years ago on a girlfriend trip, one friend said I was funny which floored me because I'd never thought of myself that way. So I say humor is partly a natural instinct and partly relatable. Many of us have been in crazy predicaments, have funny sidekick friends. I use those. And I look for the perfect word or phrase to punch the humor up.


Q) Besides short stories, you also write novels. How do you decide what will be a short story and what needs to be a novel?


A) I am a seat-of-the-pants (pantser). So the story goes until it goes no more. Lately, they are growing longer and longer. Maybe my muse is saying "write more books." LOL


Q) Your story premises include yoga, petty theft, old flames who make an unexpected appearance, the list goes on and on. How do you determine what scenario will become a story?


A) It just depends on the inspiration point. For example, in "Man Theory," my #2 son had just broken up with a girlfriend. He sat on the couch across from my desk and said in a very serious tone, "I have a theory about love." Boing!!! I could hardly contain myself. I literally held up my finger and said, "Just a sec," scribbled down those words, and then listened to him talk (like a good mom should), all the while my head was churning-churning-churning with an idea.


Since I'd just returned from Colorado Springs and the Broadmoor, where the story is set, the idea coalesced and voila. Because the story is a moment in time, it lent itself to being very short--800 words--suitable for Woman's World magazine. So why didn't Woman's World take it? They get 200 subs a week and toss stuff right and left. Doesn't mean the story is bad. I had it and a couple other "rejects" edited and indie pubbed.


BTW, I've written a story around the Miss Oak Lawn Moped incident. Truly, isn't that phrase hilarious by itself? 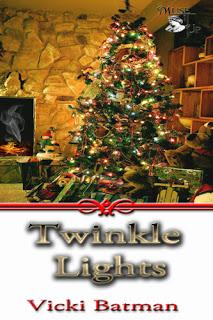 Q) Any parting thoughts for fans and readers new to your work?


A) There's the world of vampires, zombies, Navy Seals, and bodyguards and then… There's me! Light-hearted, romantic, hopeful, and sure to make you smile.
DA Kentner is an award-winning author www.kevad.net