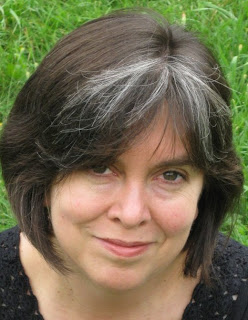 Elizabeth Bass has been entertaining millions of readers for decades, and, still, readers are just discovering who she is and the fabulous, never-ending wealth of stories she has to offer. The reason for this odd turn of events in which an author can be both well-known and seemingly new isn’t that Elizabeth grew up in Texas but lives in Montreal with her husband and pet menagerie, or that she’s a huge fan of old movies and strong real-life women. It’s that Elizabeth became a fan favorite writing under the names Liz Ireland and Alexandra Bassett.


Liz Ireland’s Silhouette romance novels (“Man Trap”) were amongst those found in wire racks in bookstores, pharmacies, and discount stores. Her Harlequin romance novels, such as “A Cowboy’s Heart” and “Blissful, Texas” have garnered rave reviews and throngs of fans. But, as I said, Elizabeth has a lot more stories she wants to share with readers and while she’s passionate about writing about passion, another part of her was ready to open the door to other genres.


In 2011, Elizabeth Bass introduced herself to readers as the author of the literary fiction novel “Miss You Most of All,” a poignant drama of family bonds, dreams, and love without limits. Readers quickly responded to this “new” author’s incredible talent. “Wherever Grace Is Needed” soon followed.


Now, “The Way Back to Happiness” has been released. And, once again, Elizabeth’s mastery at storytelling shines. In this novel we are introduced to Bev Putterman who is already struggling with an erratic life when her estranged sister dies, leaving Bev to raise a fourteen-year-old niece, Alabama, who never heard a good word about Aunt Bev. While Bev tries to forge a relationship with Alabama, the teen sets out to learn about her father and discard the unwanted aunt in the dust, not understanding that some roads are designed to lead us where we were supposed to be all along. This book is seriously good. Buy it, and then buy a copy or six for your friends.
http://elizabeth-bass.com/


Q) The obvious question: Why venture into literary fiction? 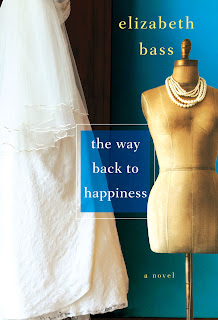 A) Thank you for the nice recommendation! I’m not sure I consider the women’s fiction books I write now as literary fiction, necessarily. I write the stories I want to tell and let the publisher (and readers) decide how to categorize them. However, I do love being able to write a longer book that allows me to delve more into the characters and show how their lives develop over time, which is what my recent books have been.


Q) The other obvious question: Why the name change?


A) My Liz Ireland books tend to have more of an emphasis on humor and romance, so when I decided to write longer, more emotionally involved stories, it seemed a good idea to start a new “brand,” as they say in the biz. I didn’t want a person looking for a breezy, light-hearted read to be disappointed when they discover they’d bought a book about a woman dealing with cancer—the subject of “Miss You Most of All,” the first book I wrote as Elizabeth Bass.


Q) Your interest in writing literary fiction actually began some time ago. “Three Bedrooms in Chelsea,” though romantic comedy or possibly ‘chick lit’, by your own words, has definite parallels to your temporary life in New York City. How often have your real-life experiences inspired stories?


A) I do draw on little bits of real life now and then, although I can’t say I’ve ever written anything autobiographical. A lot of times a book will begin when I think of something that’s happened to me or someone else and wonder, “What if things had turned out differently?” I do dip into personal experience if I need help with a setting—which is why I usually set books in places I’ve been to or lived—or sometimes just for character detail. For instance, one incident from “The Way Back to Happiness” was based on something very true. During the mid-1980s I met a teacher who was applying to be the first teacher in space, and who was later disappointed not to be chosen. But of course, given what happened to the space shuttle Challenger, it actually turned out to be a fortunate thing for him that he wasn’t picked. 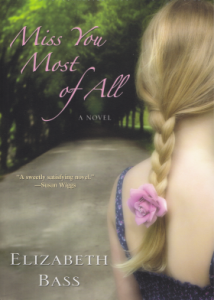 Q) Liz Ireland fans are not going away, nor should they. Now you’ll be faced with Elizabeth Bass fans. How will you balance the two and ensure fans of each aren’t disappointed?


A) I think most of my Liz Ireland followers know that I have an alter ego, but I also hope to write more Liz Ireland stories. I especially love historical romances, and I have one halfway finished that I hope will appear in the next year or so. Meanwhile, there are a couple more Elizabeth Bass books coming out from Kensington in 2014—one humorous romance novella and another longer book.


Q) You earned your stripes before the Internet rocked the publishing world. What adjustments did you have to make to your writing routine to remain competitive in this ‘new’ technology?


A) The biggest adjustment I’ve had to make, frankly, is getting used to the constant distraction of the internet and social media. Facebook and Twitter can eat up a chunk of the workday if I’m not careful, yet it’s so great to have instant contact with so many writers and readers all the time. Writing is solitary work, and in the old pre-internet days, we authors mostly met and talked at a conference or two, and rarely got to interact with readers. Also, the time the internet saves in doing research still amazes me. I remember spending an afternoons at the library tracking down information when I was writing historicals during the 1990s. Now I can track down the answers to questions in a matter of seconds.


Q) Any parting comments for fans and those yet to read your stories? 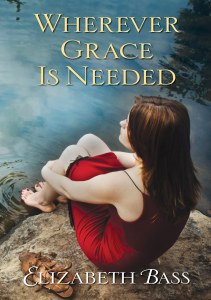 A) I’m always ecstatic to get feedback from readers, and I’m so thankful to the people who have actually taken the time to write to me. Honestly, there’s nothing better than hearing from people who’ve read something you have written and liked it. When someone takes the time to contact me, or even just to leave a short review on Goodreads or Amazon, it makes my day.
DA Kentner is an award-winning author www.kevad.net
Posted by David Kentner -- KevaD at 10:11 AM