Born in Nebraska, raised in Minnesota, and now residing in Missouri, author Jerri Drennen is, first and foremost, a wife and mother of four devoted to her family. She is also quite shy and reserved, until she begins adding another story to her list of published novels. 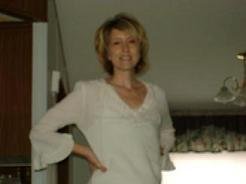 It is then Jerri fills the page with thrilling adventures of love found, lost, recovered, or yet to be in settings such as the bayous of Louisiana, the Florida Everglades, the Amazon jungles, or just about anywhere the reader can imagine. Add in some stolen jewels, a hidden treasure, or a maniacal killer or two on the loose, and you have a peek inside the mind of one of today's up and coming fiction romance writers.
Jerri enjoys writing series such as the Aztec Security series of which "Mauvelous" and "Caddy-Did" are a part of to her latest, the Men of the Jungle series, which houses the attention-getting novel "Untouched," and the just released "Unplanned." And let's not forget the Denver Homicide and Men of the Black Stallion series. 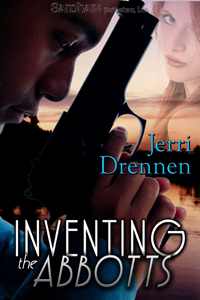 Her gutsy heroines and muscled heroes with theirsometimes-questionable motives are as diverse as the captivating settings. Jerri is well on her way to becoming very established in the world of fiction. So, grab one of her books, turn off the TV, send the kids outside to play, and enjoy the ride right along with her.

A) I find treasures all the time, but last year I found this cute little black dress that still had the tag on it, which I paid a dollar for. 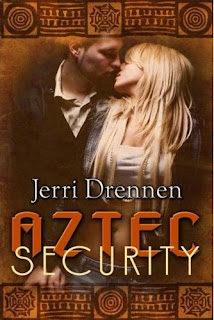 Q) You have referred to romance as the "music of your heart." Do you prefer the journey toward love between your characters, or the moment they surrender to their love?

A) I like building up to love more than anything. When the characters are just becoming aware of the sexual tension between them. That's with reading and writing romance.

Q) You are a vegetarian. Do you plant (terrible pun intended) your beliefs in to your characters? Why or why not?


A) I believe I've only had one character who was vegetarian. I love animals, and that was catalyst to me becoming one, but I don't try and sway anyone into the no-meat lifestyle--though both my daughters and one of my son's are vegetarian. 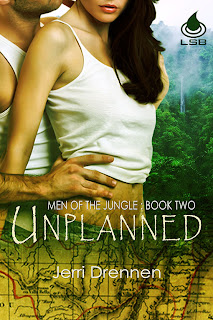 Q) In "Unplanned," you truly are continuing an intriguing subplot started in "Untouched." What inspired you to do that?

A) When I was writing Untouched, I knew I'd have to write Galen's story once I got to know him, though he was a difficult hero to write. Some might even say he's a anti-hero. He hides his pain behind a carefree, unemotional attitude. The man is closed off and afraid to connect with people--especially women because of something dark in his past.

Q) What draws you to writing series and not stand-alone novels?

A) I've been writing series for a long time, though I have written a number of stand-alone as well. My first series was the Department of National Security series, based around a fictitious agency, not unlike the CIA. My reasons for writing them are simply, I have a hard time letting go of characters. I want to keep them around as long as I can, even if that means making them secondary character in the next book.

I want to thank you so much for having me here today!