Those not familiar with the benefits of Indie Press are sometimes quick to shout them down as too small, too inexperienced, the authors are unknown, etc, etc.

Indie Press is here to stay.
The reason is people like Nelson Ottenhausen.

Mr. Ottenhausen prohibits the use of profanity in the books he publishes (other than an occasional “damn” or “hell"). But this author and president of Patriot Media Publishing is one of the greatest examples of where Indie Press is headed, and why growing numbers of authors are knocking on the doors of small publishers.

Nelson sells roughly four hundred of his authors’ books every time he arrives at a congregation of his target audience. That doesn’t include Internet sales.

It is the fact he understands who his target audience is and caters to them that makes him, Patriot Media, and thusly his authors so successful.

Patriot Media publishes stories of American heroes (both real and fictional) who are either in or veterans of the U.S. military. His audience? Veterans. Wherever large groups of veterans gather, a Patriot Media rep is there with trunk loads of books. 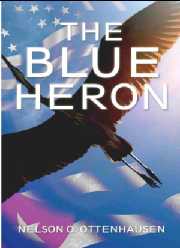 Yes, his own books such as the murder mystery “The Killing Zone” are published by Patriot Media. And, yes, they are held to the same standards by other editors of Patriot Media.

Patriot Media was contacted by unknown author Lt Colonel Peter Clark. He’d written a book.
Patriot saw merit where others hadn’t. Nelson and his group worked with LTC Clark and the novel “Staff Monkeys: A Stockbroker’s Journey Through the Global War on Terror” was born.
Why should you remember this novel published by a press you never heard of? 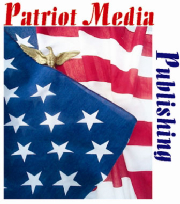 How many more reasons do you need before you submit your manuscript to a small press?