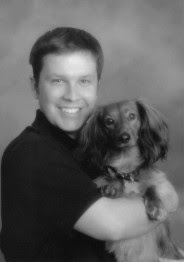 Engineer turned Anthony Award winning author, Simon Wood, is a former Brit now at home in California with his wife. With nearly two hundred short stories, and four novels to his credit, his latest thriller release, TERMINATED, is receiving rave reviews. On the horizon is ASKING FOR TROUBLE – stay tuned at http://www.simonwood.net/ for its release date.

Q) What was the defining moment or event that sparked your desire to write?

A) Coming to the US sparked my writing career. I worked in the oil and gas industry as a project design engineer for ten years, which proved to be very demanding. I’d work anything from a 60 to 80 hour week for several years straight. There was never any time to think about anything else. When I put all that behind me to move to the US, I found myself in immigration limbo and for the first time in my life, I didn’t have a job or any distractions. I’d always been a bit of a daydreamer with ideas for stories running through my head and for once, I didn’t have an excuse not to entertain them. So I decided to write. I wasn't sure I was going anywhere with it until a short story and what became my first novel both placed in a statewide writing competition. There was no stopping me after that. Who knew the Immigration Service would be responsible for a writing career. 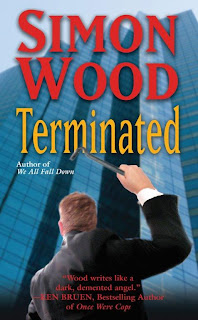 Q) You are a pilot afraid of heights, racecar driver, soccer player, comedy club enthusiast, have skied in Transylvania with wolves, and pretty much traveled the world on foot. Yet you author, besides nonfiction and literary fiction as Simon Wood, superb tales of horror under the name Simon Janus. What draws you to that genre since your thriller novels are so engaging?

A) I know there's the old adage, “write what you know,” but I think you have to write what you love. I grew up reading horror and pulp novels and watching Hitchcock movies and Twilight Zone, so naturally when it comes to writing, I want to emulate the genres I enjoy, so I have to write crime stories and tales of terror. Anything else just wouldn’t be right. :-)

Q) Society, in general, still fails to understand dyslexia, and some people continue to misinterpret the condition as ‘illiteracy,’ failing to understand it is society’s own prejudices, which border on ignorance. You not only are dyslexic, but take a stand of publicly declaring it, and for that I truly commend you. For those still hiding or embarrassed by their conditions, what encouragement can you offer them?

A) Essentially, dyslexia is an input-output communication error. Something misfires in the brain so what comes out on the page or what someone thinks has come out on the page are two different things. However, dyslexia has no power over imagination, dreams, desires or drive. If someone really wants to succeed at something, there's nothing stopping them. Whatever limitations dyslexia or other learning disabilities hinders a person, they can be circumnavigated. It’s all about addressing the problem and coming up with a solution. Personally, I’ll be damned if anything will stop me from attaining my goals.

Q) Lovers of longhaired dachshunds, you and your wife have also adopted five cats. As an advocate of the ASPCA, you have personally raised over $30,000 for that organization. Where does your affinity for animals come from?

A) I think the affinity comes from the love and companionship the animals in my life have shown me. Show an animal any kind of affection, and you'll get it back in spades. It’s something we don’t see in people, and we’re considered to be the superior species. I think it’s for those reasons that I find it hard to see an animal in distress and not do something about it, especially when they're being mistreated. Sometimes, animals are not in a position to help themselves, so I have to step in. Their power to forgive and move on is humbling.

Q) What advice do you have for those who think they would like to write?

You’ve got to be writing every day, making sure it’s as good as it can possibly be, sending it out there and, regardless of whether it gets accepted or knocked back, doing it all over again. There's no other way.
Posted by David Kentner -- KevaD at 7:31 AM