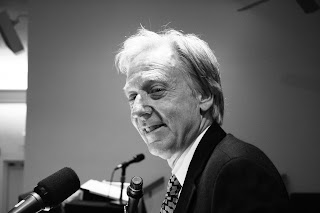 David O. Stewart is passionate about American history. His first three books were all nonfiction history books. “American Emperor” chronicles Aaron Burr’s attempts to undermine a fledgling United States and create his own empire. “Impeached: The Trial of Andrew Johnson and the Fight for Lincoln’s Legacy” takes readers behind the scenes into the dark world of politics and the real reasons for the battle for a presidency. “The Summer of 1787” follows the events, deals, and personalities that ultimately birthed our country’s Constitution.


Stewart has now undertaken to explore a true mystery taken to the grave. On his deathbed, John Bingham, the lead prosecutor in the case against the Lincoln assassination conspirators, claimed Mary Surratt revealed to him a secret that could shake the republic. Bingham refused to disclose what the woman hanged for her role in a president’s murder told him. Master storyteller David Stewart elected to ‘discover’ for himself what that secret might have been, as well as the secret’s far reaching impact on a nation.


“The Lincoln Deception” is Stewart’s fictional accounting of the information Bingham carried into death. In the story set in 1900, Stewart pairs a white small-town doctor with an African-American ex-baseball player, sending them on the adventure of their lives. Though the lead characters are fictional, the impeccable research utilized to tell this story is very real. “The Lincoln Deception” is a superb melding of fact, mystery, and imaginary ‘what-ifs’ that blow open the conspiracy shrouds surrounding the murder of a president and the unseen, dark forces behind the killing.


Maryland resident David Stewart practiced law for over twenty-five years in Washington, D.C. His devotion to the constitution led him to argue cases before the United States Senate and Supreme Court. He is currently working on a nonfiction book about James Madison.
www.davidostewart.com


Q) You focused your law practice on criminal defense. Why? Surely, the victim’s rights are as 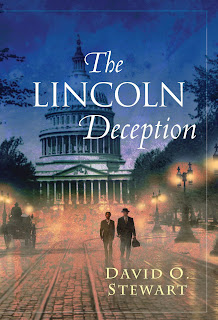 important to you as the accused’s.


A) I wish I could report some deep thought on the subject, but it was a simple decision: I wanted to join the law firm in Washington that had the most interesting cases I saw anywhere – they defended lots of public officials, including Richard Nixon, and litigated many constitutional issues. So that choice put me on the defense side in criminal cases. I occasionally thought about trying the prosecution side, but I was enjoying my practice too much to switch.


Q) “The Lincoln Deception” is about uncovering the truth behind Lincoln’s murder, about identifying all of the people and reasons. The accounting places the nation in the ultimate role of victim, and the lead characters find themselves in the roles of quasi-prosecutors/investigators tasked with bringing additional criminals into the light. So, how difficult was/is it for you to pursue the criminals instead of defending them under color of law?


A) The emotional and intellectual choice was easy! First, I certainly wasn’t sympathetic to John Wilkes Booth and his fellow conspirators. Moreover, defense lawyers, particularly in the fraud and corruption cases I handled, spend a lot of time investigating exactly how something happened and why their client broke no law. Experience as a defense lawyer is very helpful for investigating a crime, like the Lincoln assassination, that happened 150 years ago. The defense has to be resourceful and creative, since it has far fewer tools for investigation: no policemen, no grand juries, no pretrial subpoena power. Not that different from doing historical investigation.


Q) History will always be one of the greatest mysteries. No matter how much we believe we know, evidence constantly surfaces to question what we have held as truth. What was the primary thought or concern you wanted to leave with readers in “The Lincoln Deception”?


A) The Booth Conspiracy was different. We have had four presidential assassinations. Three (Garfield, McKinley, Kennedy) involved lone assassins with a single target, the president. The Booth Conspiracy involved at least ten conspirators (probably more) who meant to kill at least four targets: Lincoln, Vice President Andrew Johnson, Secretary of State William Seward, and General Ulysses S. Grant. If they had succeeded, it would not have been a mere presidential assassination. It would have been a coup d’etat.

Q) For you personally, what is the most intriguing aspect of Lincoln’s assassination?


A) The episode that begins The Lincoln Deception: that 35 years after the assassination, the lead prosecutor, John Bingham, said he learned a secret from Mrs. Surratt that he never revealed because it could destroy the republic. When I told friends about that episode, they always demanded, “So, what was the secret?” But Bingham took the secret to his death. That’s pretty darned intriguing! I wrote the book to try to figure out that secret.


Q) As this is your first fiction novel, will we see another?


A) Absolutely: I’m under contract to write another one. In it, Dr. James Fraser and former ballplayer Speed Cook will wrestle another historical mystery.


Q) Having scanned dozens of reader reviews for “American Emperor” it is clear that your book opened many minds to the turmoil and greed this country had to overcome before it became settled on its foundation. What impact do you believe your book on James Madison will have on readers?


A) Madison is a terribly underappreciated figure. He was a key actor in so many essential events in the nation’s founding: the Constitutional Convention, the ratification of the Constitution, the creation of the first federal government, the Bill of Rights (which he wrote), the creation of political parties, and our first war as a nation, the War of 1812. It’s an amazing record of achievement, yet he always seems overshadowed. I hope to explain why this small, quiet, studious fellow had such an outsized impact on the founding of the world’s first constitutional democracy.

A) Aside from thanks? Stay curious, I guess. It’s a huge world out there, and books can take you to the most fascinating parts of it.
DA Kentner is an award-winning author www.kevad.net